Interview with Lisa Borders as told to Gilmore Tamny 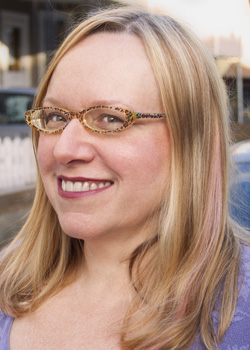 How long have you been writing with, if you’ll forgive the term, serious intent? Did you always want to be a writer since kid-dom or did you have other aspirations (firefighter, Channel-swimmer, astronaut, etc.)?

I started out wanting to be a veterinarian and a writer on the side. As a kid, I wrote a lot of poetry, but because I was also strong in science and loved animals, and because I came from a family of pragmatists who convinced me that I couldn’t make a living as a writer, I decided to be a veterinarian. I believed I would do that until I was in my last year of college, when I finally accepted the fact that I didn’t want to go to vet school; I wanted to write. I started out as a journalist because that was the only practical way I could imagine being a writer, but after a few years as a reporter, I entered a MA program in creative writing and finally accepted my fate!

I love, love, LOVE the creative scene here. It has so many layers! Every conceivable art has its own vibrant following, and even within each discipline, there are so many different folks doing great work. I think the writing scene is particularly strong, and very inspiring.

How often do you find yourself in conversations about New Jersey?

I self-identify as a Jersey girl, and because my last novel was set there, it comes up surprisingly often. But the truth is, I’ve now lived in Somerville for longer than I ever lived in New Jersey: I moved here in 1998. So perhaps I need to start calling myself a Somerville Girl. Maybe that will catch on if a local band writes a song about it, as Springsteen did with Jersey Girl.

I’m a huge music geek who’s as passionate about rock as I am about books, though I don’t play an instrument. In fact, one of the early commenters on an early draft of my last novel, The Fifty-First State, asked why there was “so much music in this book.” Um, because I wrote it? There will always be music in my books, even if they are not overtly about music.

I don’t have a name for my fantasy band, but its members would be Michael Stipe, Peter Buck, Bruce Springsteen, Win Butler, Regine Chassagne and Neko Case. I would play the tambourine, a la Tracy Partridge (but hopefully with a little more gusto).

What is a current project you’re working on or excited about? 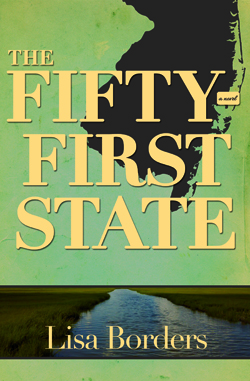 In all honesty, I’ve been floundering since my last book came out. I had ideas for two novels and couldn’t get either one of them working in a way that allowed me to move forward. But recently I’ve been tinkering with an entirely different book, set in the late 1970s, which would be a bit more autobiographical than my previous novels. I’ve generally not been a writer who’s drawn to autobiographical material, but I’m excited about this book in a way I wasn’t about the others. Also, it has a character who’s a semi-successful glam rock musician, so that part – which is pure fiction – is loads of fun!

Any writers you’d like to mention as loves of your life? Any Massachusetts writers? Boston writers? Somerville writers?

What I am about to say is sort of like waving a flag at the start of a rumble, but I’m a huge fan of Jonathan Franzen’s novels. It’s unfortunate that he became the poster boy for male writers getting more attention than women; out of all the men who could have deservedly worn that mantle, Franzen’s novels actually warrant the notice they receive. I think he’s adept at juggling multiple narrators and telling complicated family stories with both humor and depth. And the narrative inventiveness in Freedom – having one character’s narration be in the form of an autobiography she’d written in the third person – was a stroke of genius.

And so many Boston-area writers are on my adored list as well: Rebecca Newberger Goldstein; Elizabeth Graver; Jennifer Haigh; Scott Heim; Daphne Kalotay; Kim McLarin; Claire Messud; Tom Perrotta; Jessica Treadway; and Grub Street colleagues like Christopher Castellani, Michelle Hoover and Ron MacLean (there are so many great books by Grub Street instructors – I couldn’t possibly list them all!).

If Somerville Artist of the Month allowed you an edict or two what would they be?

If the edict had unlimited funding attached, I’d give every resident of Somerville a paid week off during the month of May to be creative. Write, sketch, paint, play music, dance, act; the only requirement would be that the art be pursued as a full-time job for that week. (Come to think of it, if funding is unlimited, let’s give everyone the whole month off!)

Since the above edict represents a highly unlikely scenario, my more pragmatic edict would be to commit to spending at least 15 minutes a day either creating or enjoying art. Read a poem or two; do a writing exercise; sketch someone you love; listen to your favorite song, three times in a row, loud. No matter how busy or harried one’s life is, we can all find 15 minutes each day. I decree it! ;-)