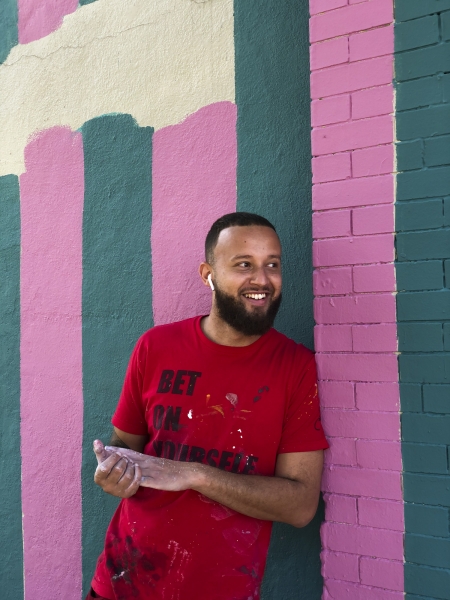 , Keto’s masterpieces are heavily influenced by Samba, his spiritual Orisha worship, and by American graffiti. Samba, a Brazilian musical genre and dance, gained its roots from Africa via the West African slave trade and through religious practices of African people. Being raised as a child to take pride in the culture of Samba, Alexandre Keto connected to old school Samba the most, where the lyrics emphasized the fight of the Black movement and of Africans in a poetic manner. To pay homage to his Orisha worship, Keto honors the Orishas by painting his versions of the gods and goddesses and by preserving ancestral Yoruba traditions by finely binding them into his art pieces. It was through hip hop that Keto was embraced and started doing graffiti. Graffiti, an urban language that uses the help of the hip-hop movement to fight and look for solutions for social problems aided Keto in his search to bridge the gap between his world and how it related to the Black diaspora.

By creating this positive representation, it allowed Keto to become closer to his mission which was to celebrate, reconnect, and value the African heritage. Through his work, he started understanding more about the history, feelings, problems and wishes of individuals not only in his very own community but all over the world.

Alexandre Keto has completed more than 1,000 murals and paintings in over 21 countries - collaborating on social projects with notable organizations such as United Nations, The United States Consulate, The Brazilian Embassy, and Doctors Without Borders. Keto has also partnered with several grassroots organizations, helping to spread his message of community in overlooked neighborhoods and sections of the world. 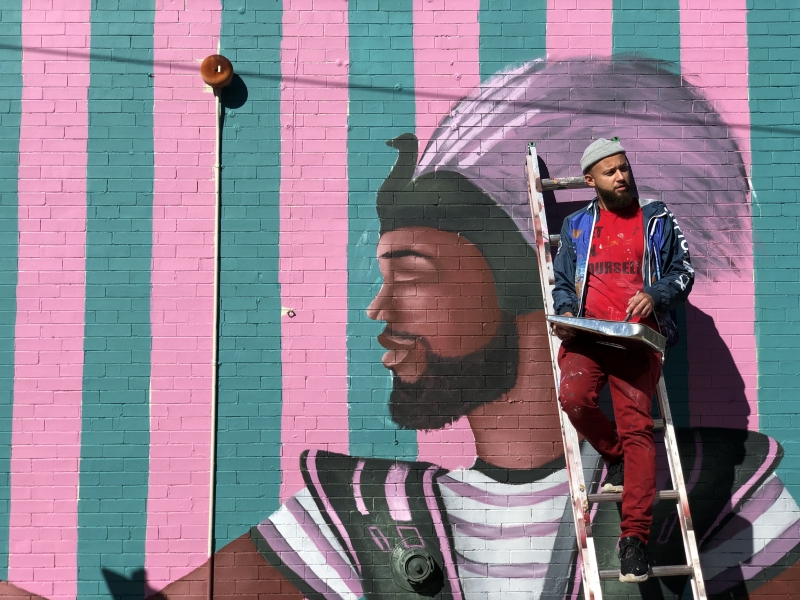 Mural, 102 Broadway: Keto's mural "Doña Patria" represents a “roda de samba” (samba circle). Samba is our traditional music and a "roda de samba" is what we do with a good barbecue. I drew a couple, Mestre Sala e Porta Bandeira, who are traditional in the carnival with some musicians playing the music. I want to show the festivity and celebration of our culture.

I believe that art is a tool that enables this direct intervention, opening new horizons – but in a real and accessible way, so it really reaches people.That is why today I do art having in mind social issues, so it can be one more tool for building knowledge. 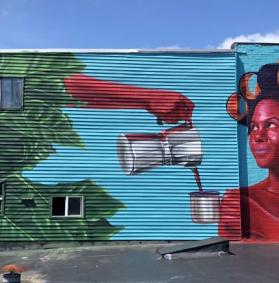 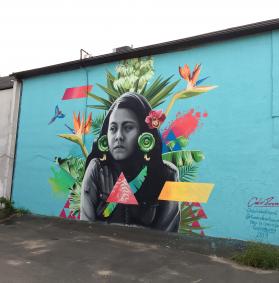 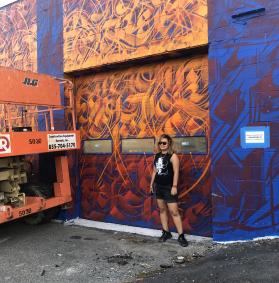 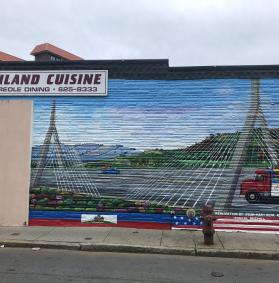 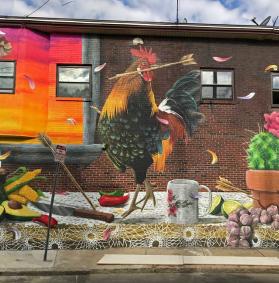 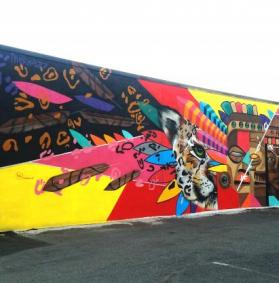 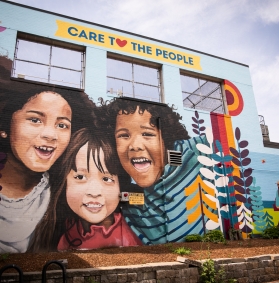 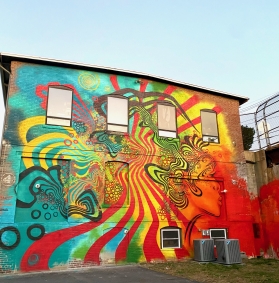