Tell us a bit about yourself. How would you describe your art? 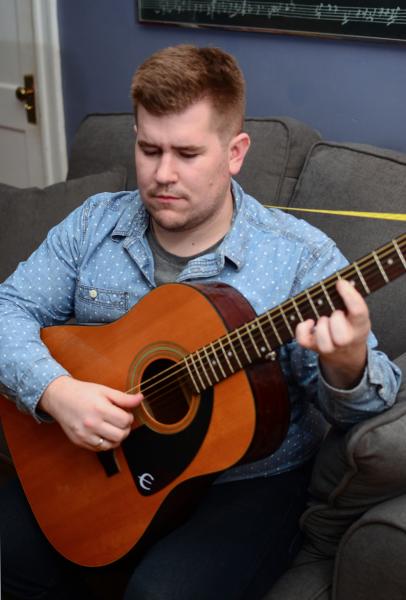 I grew up playing the guitar. When I was 5 years old I desperately wanted to play the saxophone for god knows what reason. My mom brought me to the music school near my house and a teacher put the smallest sax he could find in my hand. I was disappointed when my fingers could not properly reach the keys. The teacher suggested I learn guitar and I did - I ended up with 16 years of classical fingerstyle and jazz lessons. Each week, my teacher would have me practice one of each - traditional fingerpicking and a jazz standard. In 7th grade I wrote my first song and my teacher had me bring him a new song each week until I graduated high school along with the fingerstyle piece and the jazz piece. All of this to say: I would describe my art as relentless and overproductive. I err on the side of writing 10 trash songs and finding one good one in a month rather than writing one good one and that’s all. I strive to be better each day, to the be the best - at the same time I want everyone to be involved in music. Being “good” isn’t what matters - being in love with your craft is what matters. If you spend 10 hours a day playing until your hands bleed, that’s great - if you spend an hour a week picking up an instrument and playing along to your favorite songs that’s great too. My art strives to be inclusive, but if you play music with me, I will push you to be better than you were the day before.

What brought you to Somerville?

The music scene and the love of my life. After college I went back to the suburbs and landscaped and worked nights at a jazz club (yes, in the suburbs). I would drive in to Somerville / Cambridge three to four nights a week to play everyone open mic I possibly could. I would either drive home at 2 in the morning to wake up at 5:30 and landscape, crash on a couch, or be welcomed in by my then girlfriend and now wife. Eventually I met some rad musicians, started a few bands, started playing out more, got married and settled into town. I’ve been here about 6 years.

What is your favorite part of living here?

It’s the people - they are so lovely. Everywhere you turn it’s artists. I work wonderful 9-5 job and yet I am still surrounded by artists, even at the office. This town is crawling with them. And if they are not an artist, they consume art ravenously (and that’s an art-form in and of itself). I have met so many people who push me to be a better artist and human every day, and let me do the same for them. Also, come on, the food is incredible.

Music keeps me centered. During the week I am hard at work hustling through the tech world. I wake up and play my guitar, I come home and play my guitar. On weeks where it sits in the case I go crazy. My closest friends all play music and it’s a beautiful way of communicating. The best musicians are the best listeners. If you can be playing your instrument but what you’re really doing is making everyone else sound better - that’s excellent musicianship. As a listener, I am always looking for the next show to make me feel something honest. The biggest part that listening plays in my life is as inspiration. I want to feel like I have so much learn. Somerville is great for that - each show you attend, whether it’s at a small rented gallery, the backroom at the Burren, or the Somerville Theater, you’re going to find bits and pieces that tap into previously unexplained thoughts and emotions in your head. 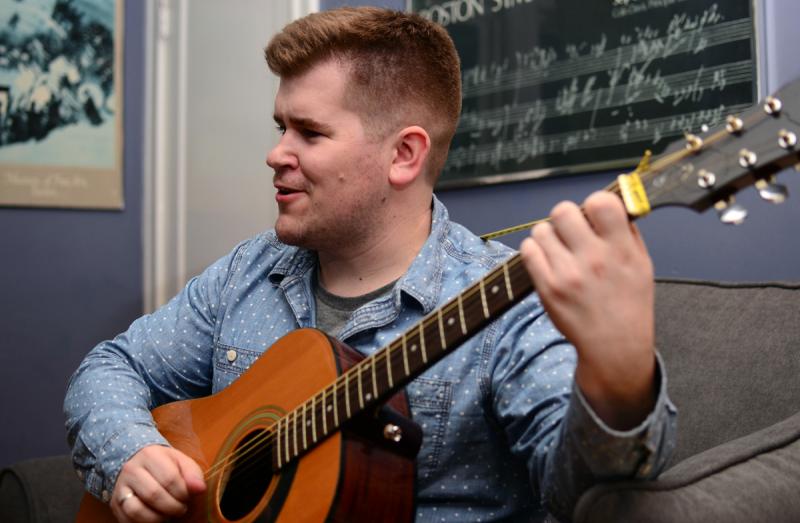 What are some of the various projects you've worked on in the past?

To date I’ve been in over a dozen bands, from folk to rap (yes) to hardcore to jazz. I have recorded two full length video game OSTs, three albums with The Denim Jackets (high school), one album with Southbound Shakedown (college), two albums with The Surviving Kenneallys, an album with The Lonesome Draw, a full length satirical concept album with Chris D’Amore called Modern Critics, and an album with Cousin Bobby. I have also released three solo records (if you can find those online - they are out there!). My style is to be as prolific as possible to confuse the public and make sure no one can remember the name of the band I’m in at any given time.

What is a project you're most proud of?

What is your current main focus?

Right now I am mainly involved in two major projects and a third on the way. Cousin Bobby is a bluegrass band founded by myself and four of my closest friends. We are trying to bring a punk aesthetic to the scene that thrives off not caring about optics or trying to curry favor or playing any games. What I love about Cousin Bobby is we are five friends who get together with the sole purpose of playing rip-roaring, soul-crushing bluegrass music. We play hard and we care about each other. Come to one of our shows and you’ll see it. 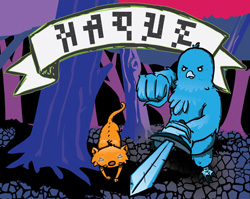 I am also a partner in SuperTry Studios. StuperTry is a video game company founded by my dear friend Kevin Cole. We just released our second game, Haque, I create all the music for SuperTry Studios in my home studio. I love working for Kevin. Whereas in my band I strum the guitar and sing high tenor and I play within those limits, SuperTry allows me to go absolutely nuts. I slam a midi keyboard for hours on end finding the limits of music, I write metal tunes with screaming guitar licks, I use my voice, violin, mandolin, piano, synth, effects boards, etc etc to get really out there. It’s fun, it’s wild, and the games are fantastic.

My third project is to release a new solo album this year. I was keeping up my mutliple songs a month pace for over a decade right up until I branched off to help start Cousin Bobby. This year, I hope to write another full length album and get back into writing original music.

How has the community here shaped your creative work?

I love this town, and I love the people I work with. The Cousins Bobby have pushed me beyond what I thought my limits were with bluegrass guitar and singing. Friends like Chris (Modern Critics) have taught me to be witty and think outside the box when it comes to production. The Surviving Kenneallys taught me to play with passion and maybe get a little too wild sometimes. Folks like Tom Bianchi have taught me that most of the time, raising other folks up and pushing other folks music is what brings you joy. There is an seemingly endless stream of artists in Somerville that are willing to support you, to push you to be better each day, and to take your art seriously. That’s probably the point of it right there - in this community, if you have art, you will find peers who are willing to respect you, to give you an honest critique, and most importantly, to listen. It’s my only hope that I have done that same for all of them.