Amy Kucharik is more than just a local artist/musician. She’s also very passionate about keeping Somerville affordable so much so that in 2015 she wrote the Somerville Song. The song not only addressed the gentrification of Davis Square but it was used in support of Elizabeth Weinbloom’s campaign for Alderman of Ward 6, which includes Davis Square. In our conversation at Diesel Café, she mentioned how it is still hard to sing the song when mentioning Johnny D’s, which is now closed. Since then, Amy has continued to make music as well as create art. She has designed her own album covers and posters. She revealed that some people aren’t aware that she is also a visual artist. With a creative career that began with playing French horn in sixth grade, she also has an MFA in Poetry from Southern Illinois University. Come and see this multi-talented artist, with the full band Tiger Moan, on December 9th at Thunder Road in Somerville and check out her art and music at http://www.amykucharik.com and Instagram @amykucharik.

Please tell us a bit about your background and how you came to Somerville? How long have you lived here? 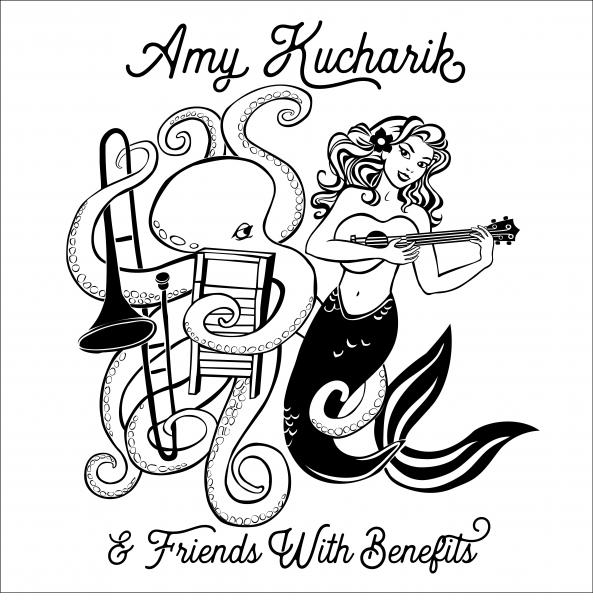 I grew up in Southern Illinois and moved to Boston in 2002. I've been in Somerville since around 2010. I am a full-time freelance musician, artist and graphic designer, and I work part time at Emerson's Office of the Arts as a stage hand and audio hand. My bands (Friends With Benefits, and my blues band, Tiger Moan) have been performing around the area since 2012. Our first show as Friends With Benefits was at the Burren, where we released a new album this year, Until the Words Are Gone.

Tell us about your creative journey. What led you to music, poetry, art?

I have been an artist (as in making drawings) my whole life. That was always my passion and what I did best, from the first time I held a crayon. I sang and played piano because my parents are both musical (my dad plays the trombone and my mom plays piano; he was a band director and she was the church organist and a music teacher; they met in music school; my sister studied opera).  I played the french horn in school and went to college with a small music scholarship to play in the wind ensemble at SIUC. While there, I was an art major, then changed to English because I had met a professor of creative writing who I really liked, Carolyn Alessio, who taught fiction writing. Then I got really into writing poetry and studied with Rodney Jones and Allison Joseph. I was always really into making books and putting together journals or magazines -- I love the curation aspect and the layout aspect -- so I thought maybe I would end up doing book design and writing on the side. 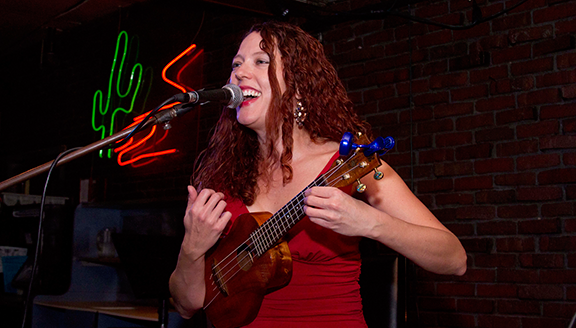 I moved to Boston in 2002 and got a job as an editor, and did a lot of journalism, editing, social media and moderating panels at conferences; I painted and drew on the side and made some web comics. Then I got laid off around 2009. I had started playing the ukulele just before that thanks to a friend who I met swing dancing, so I tried busking to make a little extra income. Learning ukulele, as well as attending the blues jam at Johnny D's, also inspired me to start writing songs, so suddenly I had this new thing I wanted to do: write and perform music.

As both a writer and artist I sometimes feel like I am cheating on writing when I am dedicating a lot time to my visual art. Do you feel something similar?

There are never enough hours in the day to devote to any art, and since I'm full-time freelance, it's kind of a 180% commitment to either hustling for money or honing my craft. I feel like I'm cheating on making art of any kind when I am doing any other work to make a living. I try to alternate between band management (including all the booking and marketing stuff, as well as rehearsing or arranging), songwriting and instrument practice, visual art and graphic design, and audio engineering (which I'm learning and doing more and more as a side income). But my schedule ends up often being dictated by whatever is paying me at the moment rather than what is inspiring me. I did manage to dedicate some time in October to Inktober, and that was really good for my drawing skills.

What led you to create a song for candidate for alderman? What did you learn about yourself?

You are talking about Elizabeth Weinbloom, who commissioned a campaign song from me. She was the youngest, only female and only renter candidate in Ward 6 (where Davis Square is located), and I felt very passionate about her campaign because one of her main goals was affordable housing. I wrote a song called "Somerville Song," which resonates for me because it's about my love of Somerville and how the area is changing. There is a line in there which I've changed to mention Johnny D's, now that it's a hole in the ground and getting turned into condos, and I keep getting choked up when I sing it. It's getting to the point where many independent artists are moving to Dorchester or Malden, or to Providence or farther away, because we can't afford to live here. I would like to see more affordable housing that's accessible for those of us who are actually close to the poverty line. 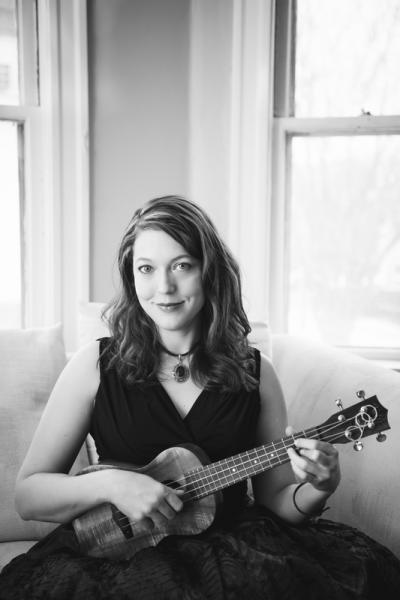 On a more optimistic note, I have a dream of recording that song and releasing it as a fundraiser for some kind of affordable housing initiative, and also orchestrating it for band so that the School of Honk can play it at the next HONK! festival.

What do you like most about the artistic community in Somerville? What do you want to see more of?

It's vibrant and diverse, and for me personally, it has been rich with opportunities to connect with other musicians and artists. I don't know if I'd be making music now if it weren't for Johnny D's and the Burren. I also love that we have the Arts Council and lots of initiatives sponsored by the city. We have more than most cities in that regard, even though it's still not enough to employ all the working artists who are struggling to stay here. So since I've been talking about affordable housing, I'd love to see the economy somehow support even more diversity and sustain younger, up-and-coming, and diverse artists who are in a lower income bracket.

What quotes, songs, or works of art motivate you?

The blues. There is a quote from Ralph Ellison that says this better than I can about the blues: "..they at once express both the agony of life and the possibility of conquering it through sheer toughness of spirit."

Final question: what do you hope someone who sees you perform, reads your work, or sees your art come away with?

It's hard to think about that kind of end goal but I am trying to express my truth and hope that I'm making art people connect with. Maybe it gives people a little hope for the human spirit in the face of desperation, something like the blues.