Liz LaManche is a public artist who creates large-scale works that enliven the built environment, adding meaning, color and ranges of feeling. You can find more information about her work on her website by clicking here.

I've been a Boston-area resident since a little after college, often cycling around Cambridge/Somerville/Watertown with a subculture of other semi-itinerant students and artists, seeking cheap housing, music, culture, and other thrills. :)  I settled here after majoring in Architecture at Yale and then spending time in Japan and San Francisco... quickly seduced by the software industry into doing digital design, with a brief stint working at the MIT Media Lab helping grad students with the interfaces for their projects.

Have you always wanted to create your art?

I've always created art in some form, often privately or for friends. I also always had ideas about decorating and adding visual commentary to public spaces (my architecture thesis project was essentially a series of public art installations), but didn't really get a chance to work on those terms till recently. 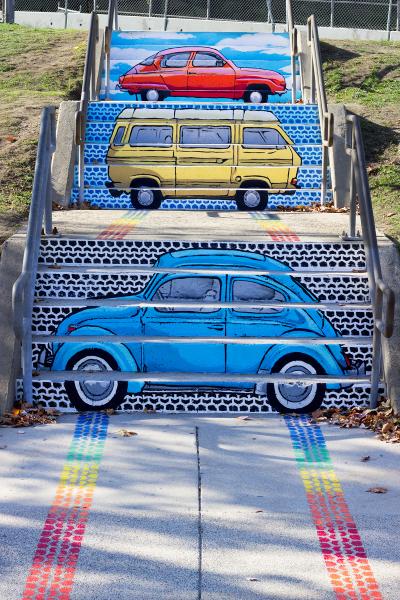 Is there someone or something that was important in getting you on your way?

Going to Burning Man (starting in 2004) got me into a position of taking initiative and getting practice doing large, weird projects in difficult environments. Mike Franklin, owner of Franklins Brewery in Hyattsville, MD, gave me my first large commission to do an outdoor color-changing light mural on the side of his building facing Route 1 in 2012. It's still there and operational today! I also was able to do a large installation ("Connected By Sea") in East Boston in 2014, thanks to HarborArts and the Boston Shipyard believing in me and sharing a vision for what we wanted to say. That's still there too, next to the new ICA Watershed location. And I've always had a good relationship with Boston City Hall and the Mayor's Office of New Urban Mechanics, since being one of their inaugural projects in 2014 with the "Stairs of Fabulousness" in City Hall.

What inspires your work?

Creating beauty and adding color to the urban world is at the core of it. Making our cities more livable, brightening someone's day... but also sharing a message to remind people about what's meaningful in life. American capitalism tries to make people think that life is a zero-sum game, but in reality we're all on this planet together, and need to see past our petty differences to work on solving the problems that affect us all.

What's something that you get out of your work?

Creating something beautiful and seeing it have an effect on others is an experience like nothing else- it's both humbling and full of joy. And occasionally hearing from people that my work inspires them, either gives them a lift or encourages them to do their on creative work, is a wonderful thing.

In the spring I'll be installing a tattoo-style design on a building in Covington, KY, illustrating the Aesop's Fable of the fox and the crow... it's a subtle nod to the building's history, which included a strip club in the 1970s, and a message of solidarity for the women who worked there. I've also got a series in the works celebrating women, and women of color, in science and engineering-- one of these may soon appear on a wall in Central Square. 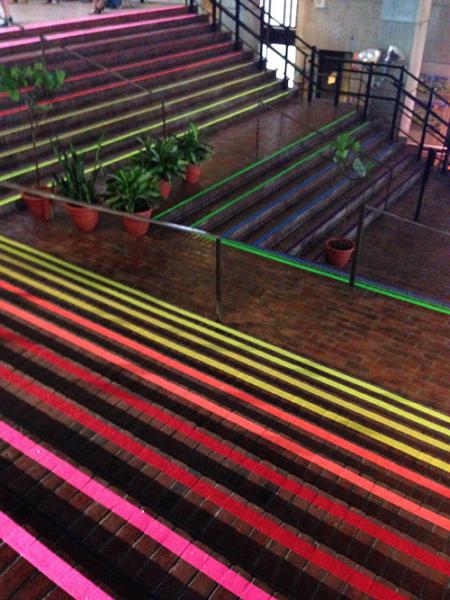 Our creative scene is a wonderful and varied thing, much of it happening in a semi-secret subcultural way because of both lack of coverage from the big media, and lack of affordable performance/exhibition space. The people I know here are like nowhere else, a powerhouse of creative and technical expertise, with a willingness to work together and try new things... in a scene that's had a history of operating under the radar and without the support of Boston's established arts infrastructure. To really know this area you have to dig a little and get to know people.

As Boston is learning the value of public art and street art, and learning to take risks artistically, we're also in the grips of a real estate crisis- like many other places, brought on by unrestrained development. I'm hoping we get the political will to put some protections in place for the elderly, the working people we need to keep the economy going, and the artists who keep our culture vibrant. Somerville entered an artistic renaissance when Cambridge ended its rent control era and prices there went up, pushing the artists into Somerville. And if the market pressures continue, Somerville artists will be forced to continue the migration. I hope we can find a way to have both prosperity and the people who energize our culture. 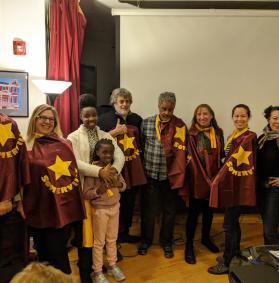 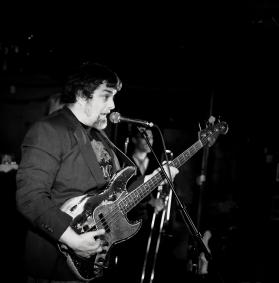 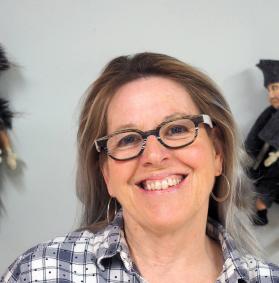 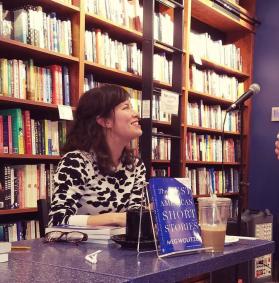 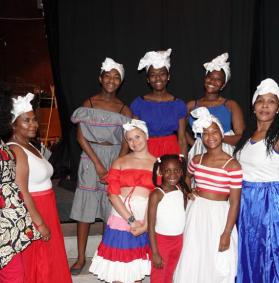 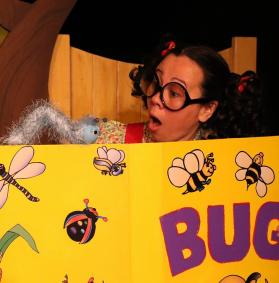 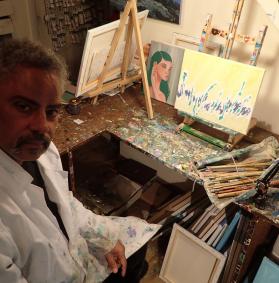 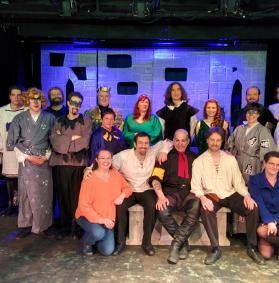 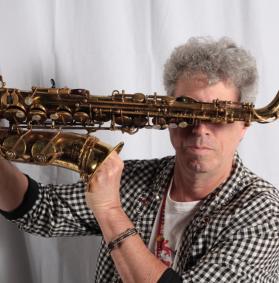 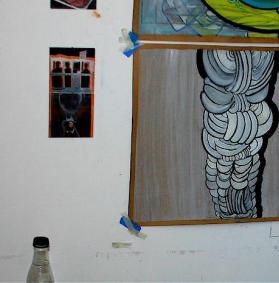