Interview with Kerrie Kemperman as told to Gilmore Tamny; all Photography by Jaclyn Tyler below and on her site. 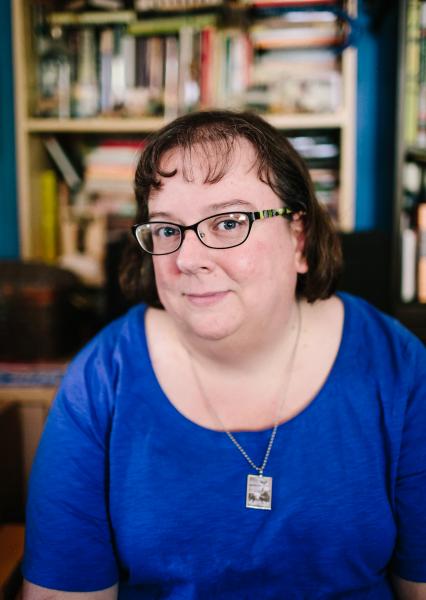 Tell us a bit about your background, both in a general and then artistic sense.

I was raised rural, on a sheep farm in west Michigan. A shy, bookish, and artsy kid, I attended public schools through the 1970s & 80s. I was always drawn to arts and crafts, and writing stories. My high school English teacher encouraged me to go to a liberal arts school, so I chose Alma College, in mid-Michigan, and earned a BA with majors in both English and Art. At that time I felt pulled between the literary and art worlds, as if they were separate spaces, and I fluttered back and forth between them. I wrote poetry at that time and created photography pieces that included poems. I moved to DC after college and had to figure out how to make a living. I settled on editorial work because there were jobs, but I was always writing and taking photographs on my own. After five years there, I decided to make a break for it. I came to the Boston area to earn an MFA in creative nonfiction from Emerson College.

When did you come to Somerville? What parts of Somerville have you lived in? (no need for details just general neighborhoods if there’s been more than one). How has Somerville changed?

I moved to Somerville in the fall of 2000, and I’ve been renting the same apartment ever since. The neighborhood has changed in those years, but that’s what cities do; they are in a constant state of flux. If you don’t like change, you have to move someplace without people and then the only change you see will be in nature. When I was younger, I ached for change. These days, I appreciate social change and social justice, but tire of over-development and weep for every great old tree that gets cut down for condos.

Can you tell us a bit more about what you focus on in your essays—what you like about the form and the flash format?

I write narratives about my observations and experiences, and about old family stories I heard as a child, images and people and places that keep twisting through my mind, and I try to make my own sense of these or make interesting connections. I ponder why my parents told me these stories, what they were trying to impart. My parents could never just come out and say what they meant, there were hints, clues to behaviors and histories to which I now wish I could follow up with more questions: relatives who jumped train cars, were taken away to nunneries, or not allowed to speak their grandparents’ foreign tongue. But it is too late. I only have what little I heard and whatever official information I can unearth, and as a writer I search for the through line.
Memoir is a much more flexible form than it’s given credit for. A writer uses the tools of the novelist, including her imagination, but her raw material is memory: of a time, a place, a person, as well as her own interrogations of herself. I am drawn to the “flash” form because its brevity requires precision in every word, in every pause.

What have you learned from your memoir projects working with the elderly?

I worked on the Memoir Project in Boston for nine years, and have taught and coached seniors writing memoir in Somerville as well. I sought out the Memoir Project after I lost my mother at 70. It felt like an appendage had been severed, a lifeline of information and story just gone. I thought that helping other people remember and write down their family stories might fill that gap, if not for me then for other families.
There seems to be less pretense among seniors who are writing down their memories for the first time. They are able to find joy and surprise in what they remember and in the art of writing about it. While there is often reluctance to revisit painful memories or to wrestle with the truth of those times, we can usually find our way to greater peace by having done so.

How do you find the work/life balance of making money and making art?

I struggle with my work/life balance. As a freelance book designer (and freelance editor/writer), I have a flexible schedule but it feels as if I’m constantly working or thinking about assignments. While my job is “creative” it is different and separate from making art. I don’t know how to monetize my personal creations and I’m a little nervous about trying to. I appreciate the free-spirited nature of exploration, as well as the time to let things rest until I figure out how to finish them.
I squeeze in the personal writing/art-making time when I can, but sometimes I just drop everything and write because I have to capture it while it’s fresh. Mornings are good, not too early, not too late. Afternoons will do in a pinch. Evenings I am usually trying to finish up a cover design or layout, or upload files or some such.

What are some artists—writers, photographers, musicians, et al—that inspire you?

I’m inspired by the works of many artists, musicians, and writers—Agnès Varda, Barbara Kruger, the Starn Twins, Dorothea Lange, Thoreau, Annie Dillard, Mary Karr, Roxane Gay, Linda Hogan, Tom Robbins, Barbara Kingsolver, Joy Harjo, Rebecca Solnit, Patti Smith, Allen Ginsberg to name but a few—but the ones I spend the most time ruminating about are the women. How did they do it? What was their economic background? Do they have a spouse or patron supporting them until they succeeded? What was their path? Although I have earned a master’s degree and made connections, I still feel as if I’m stumbling around lost. But many many many artists influence my work and inspire me to keep diving in. 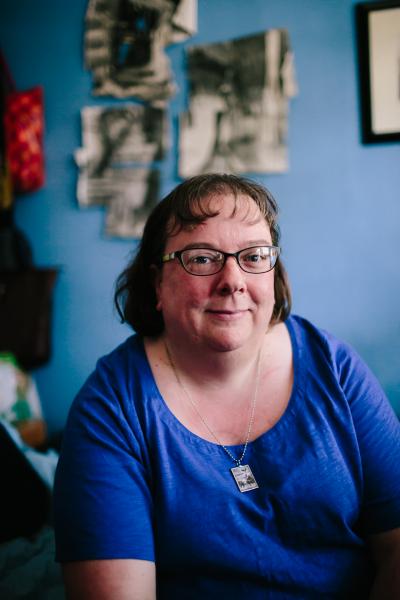 You are both a writer and photographer—any interest in a hybrid project?

I began combining my writing and photography (using film and making prints in the darkroom) when I was an art student in college in the early 90s. Digital cameras didn’t exist yet. At that time we dreamed of cameras that could shoot both black & white and color film concurrently! After college, I went out into the world and had to find some way to make a living. I couldn’t afford a darkroom, but I could buy paper and pens so I kept writing. I still carried my camera around and took photographs, but didn’t know what to do with them. I would like to get back in the darkroom, and back into hybrid projects, creating new ones and exploring some of those old images as well.

Is there a project you’re working on now you’re excited about?

I get excited about pieces of writing when I am working on them, thinking through them, revising, and when I publish a piece. But somewhere between those last two steps it can be difficult to keep the faith. I have to turn my attention elsewhere: to another piece of writing or to an art project. I turn away and return, over and over, until a piece feels finished.

I have an FAWC workshop coming up that I’ve been looking forward to for months. It’s on Cyanotype / sunprints, those ghostly white prints on brilliant deep blue, which is a process developed in the 1840s. This past year I used an Anna Atkins image for a book cover and was reminded how much I love cyanotypes. I’ve been gathering and collecting bits of greenery and objects to experiment with, though I imagine I’ll come up with other ideas once I’m in class. I love being a student, learning and experimenting and finding my voice within a new form. I need to relive that experience every once in a while to shake things up.

The FAWC workshop in P-town—describe your experience there.

Last summer I was granted a scholarship for an FAWC workshop in Provincetown for the first time, but it wasn’t for my first-choice class and I’d still have to come up with money for housing during the height of tourist season. I decided to go anyway. But I was nervous. I hadn’t had much luck with handmade cameras before. What if I failed at this? What began with a fear of failure became freedom to fail. The pinhole cameras we were making and the type of work we were creating was so low-tech that we couldn’t help but fail. We had to loosen up and drop any expectations of control over our images. And yet every student in class made images, and it was as thrilling as the first time you make a mark on paper with a crayon—that moment where chance and intention are both present.

Tell us about your solargram project.

In my pinhole camera research (see photo below), I came across a Scottish artist making solargrams (paper negative images that show the track of the sun over a period of several months). Most of his cameras (made out of beer cans) went missing: washed out to sea, shot at by hunters, ravaged by birds or animals, but the few that survived were magical. They showed the sun moving up (or down) the horizon over a period of 6 months. I immediately wanted to try it, but where? Where could I place cameras for that long that wouldn’t be interfered with or cause panic (like a bomb scare). I decided I should place them on my family’s shared property in Michigan. It’s 80 acres of thick woods and open fields, so when I was home in May, I placed 6 pinhole cameras and will pick them up when I’m next home. It’s a crapshoot. I’ll either get something or I won’t. But I’ll prepare another 6 cameras to leave behind, so the next attempt will be in progress even if the first fails.

You, somewhat unusually in the area, I think, come from a background involving agriculture. How do you think that informs your work—if it does?

My rural background certainly informs my writing, and influences the images I am drawn to as a photographer as well: barns and silos, rundown houses, farm equipment, piles of junk, farm animals, trees, plants, rocks…

Where can people check out more of your work? 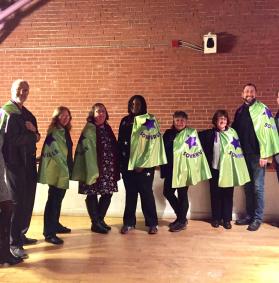 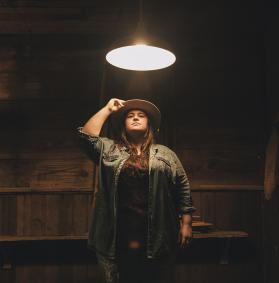 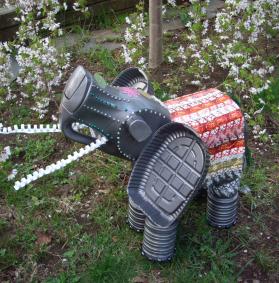 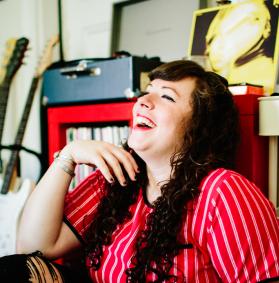 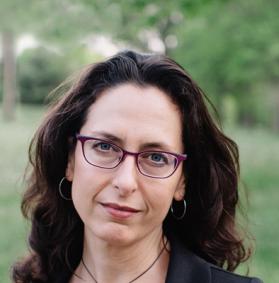 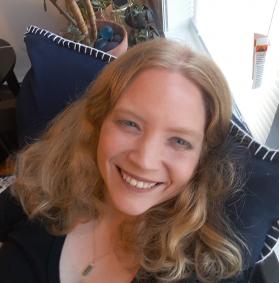 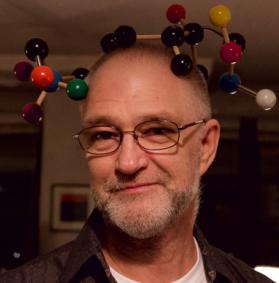 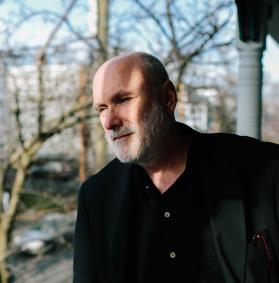 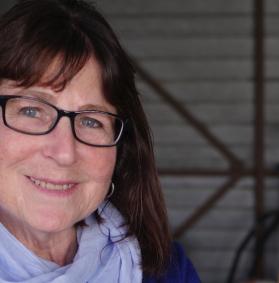