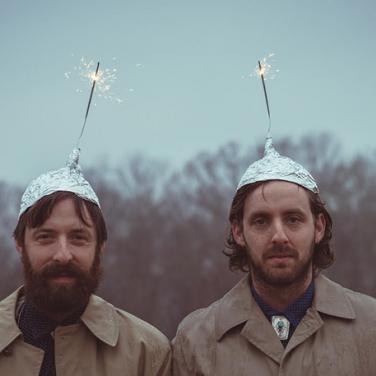 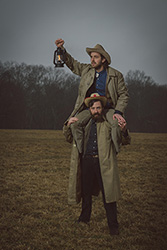 The Horse-Eyed Men are a family band led by two brothers, Noah and Dylan Harley, that play original, disgruntled Americana and country music. Raised by musical humans in a former candy store outside of Providence R.I., they have traveled the swamps, plains, deserts and mountains of the U.S. since 2013. Highlights include an appearance at The Newport Folk Festival, a national tour with Spirit Family Reunion, opening for folk luminaries Willy Mason and Michael Hurley, and playing on multiple hog(s’) farms. Their show has been described as “the richest sibling banter you’ll hear in real time” (RI Monthly). Their first studio album, Grave Country, was recorded in Copenhagen on a grant from the Danish Arts Council; a new studio album recorded in Berlin Germany, The Uncanny Valley, is set for release August 2018.