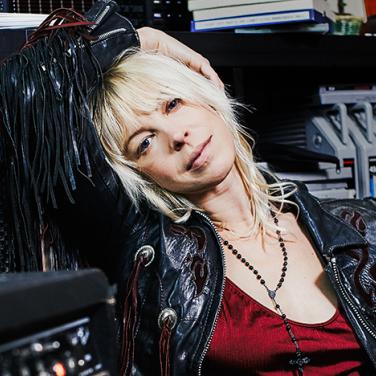 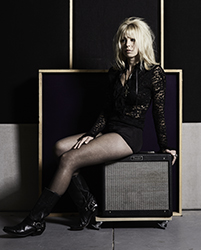 cryptically refers to her debut solo album, Psychotic Melancholia, as a “Sodom and Gomorrah concept album” influenced by her childhood obsession with the so­ called wicked women in the bible. As metal as that sounds, these are in fact the basic ingredients for a rich and complex psych and country­ tinged rock & roll record.

Lauded as “an explosive display of vocal prowess” (PopMatters), the former opera singer’s compositions draw from Romantic works of art as well as her upbringing in a very small town, Sebastian, Florida. “My dad was a team­roper and horse trainer” she says, “I spent a lot of time in the dually listening to country music and going to punk shows with my friends...and then I went to opera school.” (she has a Master’s Degree in Opera from New England Conservatory of Music) ...and the result is "...a positively jaw­dropping exposition that celebrates the entire canon of rock ‘n’ roll’s energy, and should be considered an upping of the ante on the gritty sonic real estate of garage, punk, country, and Americana, into some amalgam altogether more apt of Thompson ­King’s wondrous artistic aptitudes." (Paste Magazine)

The album touches on themes of love and heartache in the lush country tracks “Dopesick” and “Old Flames (the latter a cover of the Hugh Moffatt/Pebe Sebert tune), and lurches from shriek­laced, ramshackle garage­rockers “No Room for Jesus ” and “Lot’s Wife” to the haunting, psychedelic “Melencolia I” to the dismantling of false idols in “Teratoma”. 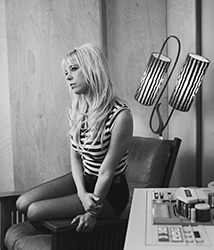 Her powerful voice and classical training rank her with operatically schooled rock belters like Pat Benatar and Ann Wilson. And this training is brought to bear in the album’s final track, a cover of Robert Schumann's “Wehmut” (in English, the album's namesake: “Melancholy”). Originally composed in 1840 for piano and voice, Thompson­King and bassist Chris Maclachlan present their sparse re­arrangement omitting much of the accompaniment, less the left hand piano part which Maclachlan deftly covers on upright bass. Thompson­ King sings with full operatic bravado: “Ich kann wohl manchmal singen // als ob ich fröhlich sei; // Doch heimlich Tränen dringen // Da wird das Herz mir frei” (in English: Sometimes I may be singing as if I were full of joy, But secretly the tears are flowing and then my heart feels free)
Back to top