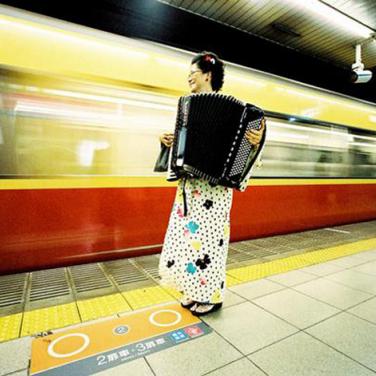 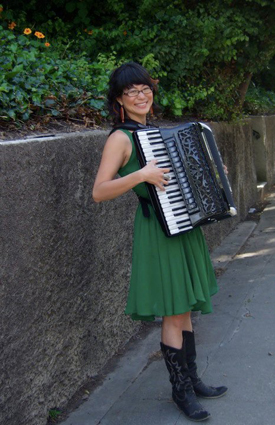 Marié Abe is an active performer of the accordion and piano, with frequent concert tours and collaborations with recording artists from the United States and Japan. She is currently performing with the Boston-based Ethiopian groove collective, Debo Band (Sub Pop/Next Ambience), which has been featured in the New York Times, Rolling Stone Magazine, NPR, and other media. She is a co-producer of the NPR radio documentary “Squeezebox Stories” (premiered in Fall 2011), which tells stories from Californian immigration history using the accordion as a common trope.