Alec Redfearn and the Eyesores

Alec Redfearn and the Eyesores 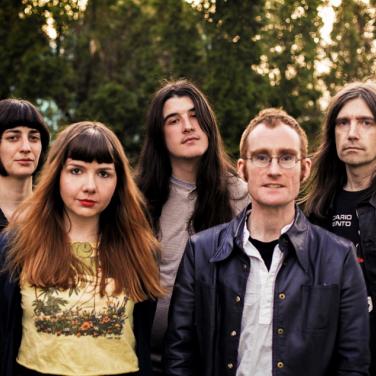 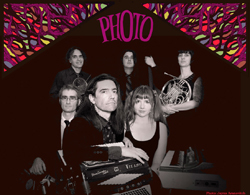 Alec K. Redfearn and The Eyesores, combining the influences shared by Amoebic (folk, cabaret, jazz) with a melancholy atmosphere invoked by Redfearn’s bleak lyrics and songs based on country and rock music. The band’s 1998 debut, The Eyesores, was a six-song cassette. After a series of self-produced mini-albums, they cut a proper album, May You Dine on Weeds Made Bitter by the Piss of Drunkards, on Magic Eye Singles. Bent at the Waist (Handsome 2002), their second offering, was hailed for its left-field alternative pop sound. Every Man For Himself & God Against All (Corleone, 2003) was embraced by lovers of avant/experimental and indie-rock music. Dream Magazine raved: “From harsh nightmare riddles, to sweetly swooning tranced-out droning somnambulant reveries, psychedelic folk, prog-rock, old-time country, acidic cabaret, dark circus music, and sinister dream fragments … well worth investigating.”

Alec K. Redfearn is a composer, accordionist, songwriter, improviser, videographer/video editor, audio engineer and performance artist who grew up listening to classic rock, progressive rock, hardcore punk and metal. He began his music career at the age of 14, which at the time mainly consisted of screaming and playing the piano in his parents' basement with a hammer. In his eighteenth year, Alec began taking music more seriously. In the late 80s, Redfearn became involved in the AS220 Arts and Performance Collective in Providence RI. At AS220, he became immersed in the worlds of dada and fluxus performance art as well as free improvised music.