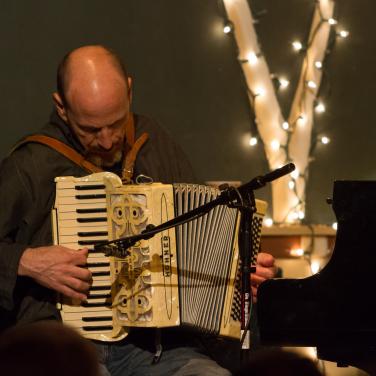 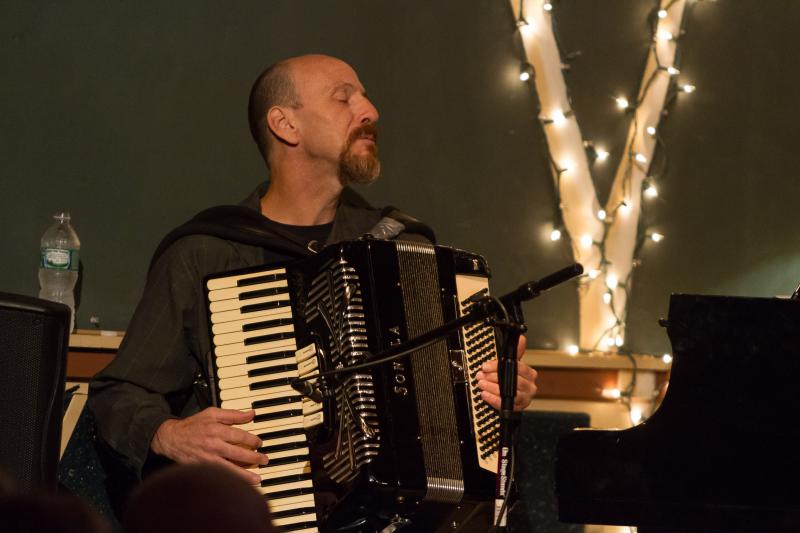 Joe "Sonny" Barbato, a native of MA and accordion student of the
late Louie Bregoli, Joe has lived in Pittsburgh and New York
where he played and recorded with many inspiring artists.
Initially, the accordion was in addition to playing piano/ keyboards
but to musicians with an open mind, it would find it's way on
more than a few songs for each gig or recording.

Most of his work as a sideman has been with singer songwriters
and jazz groups. Marvin Sewell, Jenifer Jackson , Lori McKenna ,
O Positive, Duke Levine, Gretta Gertler,  Ben Sher ,
"The "Matt Munnisteri , Carol Noonan and Mark Erelli are a few you
might have heard with squeeze box in the recipe. "Playing in a band
with 2 tubas , drums and accordion was certainly a win win for everyone
and a highlight of mine."

In 2008 Sonny released the CD Crackerjack which still is on regular
rotation of certain friends iPods !! The recording was done in Pittsburgh
and features Jimmy Ponder, David Budway and George Heid.

Joe can also be heard on Will Daileys album National Throat , which
won album of the year in the Boston Music Awards . They recently played
at Club Passim together.