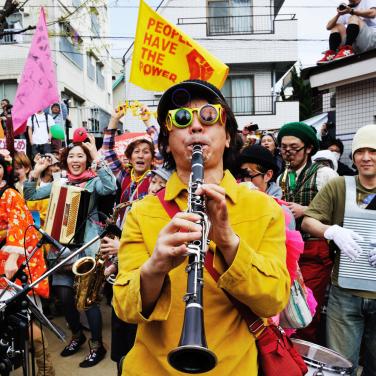 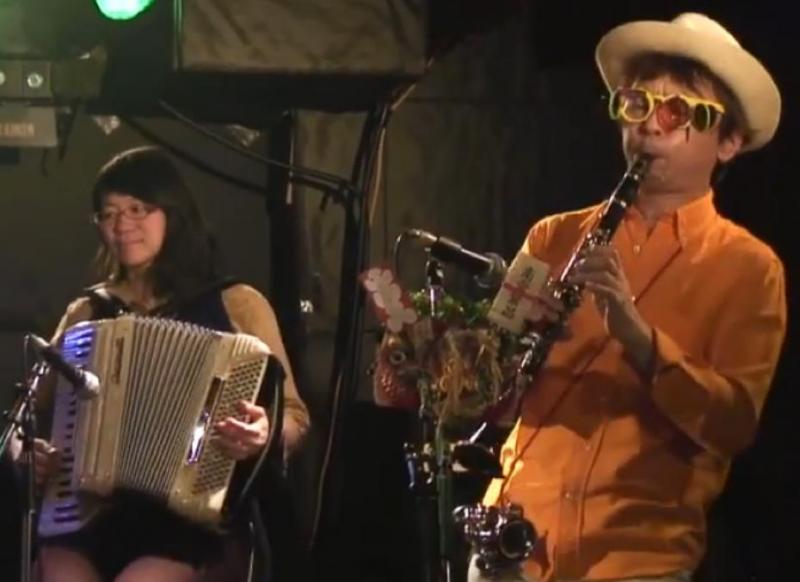 Jinta-la-Mvta is a Tokyo-based band founded in 2004 by Ohkuma Wataru, a clarinetist and bandleader of the groundbreaking Japanese experimental band Cicala Mvta, which has been hailed as "the epicenter of the Tokyo underground scene" and "uniquely Japanese world music." With the Japanese street music chindon and jinta as its backbone, the band omnivorously cooks up street musics from around the world, from klezmer to Balkan music and original tunes.  Since the Great Northeast Japan Earthquake and the subsequent nuclear crises in 2011, the band started to perform not only on club stages and festivals but also at anti-nuclear protests and demonstrations on the streets of Tokyo, attracting a new and wide range of audiences and fans.