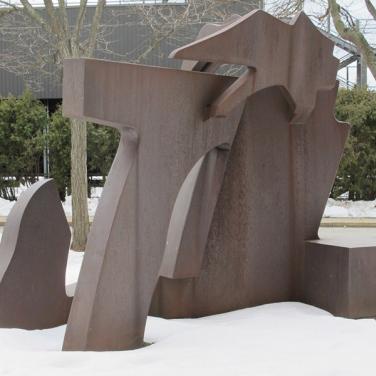 At age 15, Richard Hunt set up a studio in his bedroom and began modeling in clay. Ten years later he mined junkyards for cast-off automobile parts. Now he works with fabricators with the space and equipment to create monumental works like these. The scale is important because Hunt's works are abstract, but not entirely. People walk around Hunt’s sculptures, and spot animals, plants and humans in them. It is their scale that enables this kind of play.