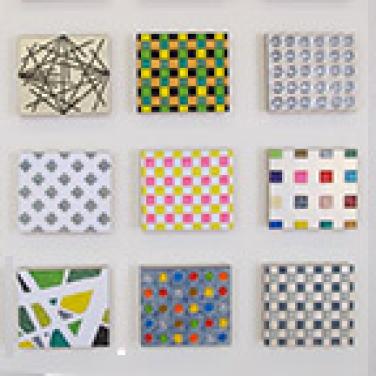 Albert Contreras had been a highly regarded minimalist artist for over a decade when he abruptly quit painting, moved to Los Angeles, and became a city trash truck driver. As he says,

I fell asleep. And then I woke up 25 years later.

Since then, he’s transformed his 500-square foot studio into a factory, churning out canvases like these: pounds of acrylics and glitter slathered on by makeshift plastic trowels, rapidly shaped with metal putty knives. Look at these pieces from an angle, they're almost sculptural.