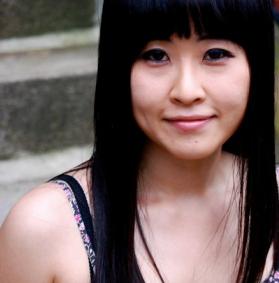 Pianist and composer Mina Cho was on track for a dazzling classical career when she first encountered jazz and gospel music as a university student in her native Seoul. Private study of her new passion for jazz led her to the Berklee College of Music, where she graduated Summa Cum Laude in 2009 with a degree in Film Scoring and Jazz Composition, receiving many awards as both a composer and pianist. While at Berklee, her musical palette expanded to include South American, Afro-Cuban, and Brazilian styles under the mentorship of Venezuelan pianist/composer Leo Blanco. All of these influences can be heard in her playing and on her acclaimed debut CD Originality (2010). Originality was favorably reviewed by several newspapers and magazines. She was voted the Best New Talent of the Year 2010 by Jazz Station, and her album was selected among the Best Albums of the Year by Jazz Station and DownBeat. In addition to her brilliant work as a recording artist, she appears regularly as a church musician and a jazz pianist/composer in the great Boston area. She is the director of contemporary music at Somerville Community Baptist Church, the pianist and a composer of Jazz Composers Alliance Orchestra, and a piano department faculty and a jazz ensemble coach at Winchester Community Music School.

Mina's music uniquely touches spirituality in jazz by implying her lifetime theme “Music & Spirit.” While pursuing her master's degree at New England Conservatory of Music (NEC), Mina could start integrating her musicality and philosophical thoughts together. The variety of theological subjects that she studied while at Yonsei, the dynamic musical experiences at Berklee, and the creative and critical perspectives on music that she learned at NEC all together became a great resource, from which she could develop her own musical research: “Music As a Spiritual Tool.”

In 2013 Mina Cho graduated from the New England Conservatory of Music with the highest of honors, a Pi Kappa Lambda nominee, acquiring the Master of Music in Jazz Studies––Composition. While pursuing her master’s degree at NEC, she studied with numerous renowned musicians, such as Sophia Rosoff, Ken Schaphorst, Ben Schwendener, Fred Hersch, Jason Moran, Frank Carlberg, Dominique Eade, Jerry Bergonzi, and Dave Holland among many others. Currently, Mina is a Doctor of Musical Arts Degree candidate at New England Conservatory of Music.