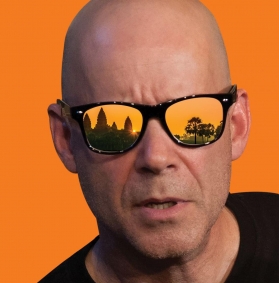 Randy Ross is a writer, performer, and Web consultant. His fiction and humor have appeared in The Drum, Black Heart Magazine, Side B Magazine, and Calliope, among others. He is completing a comic novel with the working title,The Loneliest Planet, which will circulate to agents in 2014.

His one-man show, The Chronic Single's Handbook, based on the novel, has been featured at fringe theater festivals in Washington, D.C., Orlando, FL., and Edinburgh, Scotland.

He writes a popular blog and lectures about self-promotion and marketing for writers. Previously, Ross was an executive editor for PC World magazine. He has a masters in journalism from Northwestern University.