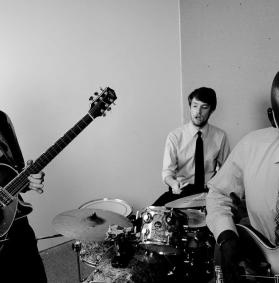 Catching eyes and sounds from across the room at a late night Allston house party turned jam session in 2009, these three young musicians felt it was their fate to write together. Of course, fate often looks at your plans and laughs in your face. Broken limbs, eviction, and a nearly fatal car accident are only some of the unfortunate events that marred what was to be the beginnings of Billy Wine. Limping forward in spite of it all, the band slowly and deliberately wrote and rehearsed amidst fate’s detours until finally they felt their groove was ready to bring to the public.

Fast forward less than a year later from their first show and already Billy Wine has rocked the walls of venues throughout Somerville, Cambridge, and Boston. Wherever they go, whether firing up the crowd at Funk Friday at the Middle East or rocking a house party, they bring the music that makes the people move.