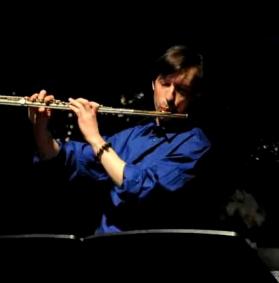 Flutist, conductor, teacher, and arranger Orlando Cela embraces all aspects of music. From Vivaldi's Double Concerto with Paula Robison to Indian classical music with Samir Chatterjee, Orlando plays flute around Boston in a variety of styles and settings, including with the I/O New Music Ensemble, Music at Eden's Edge, Duo Diavolo (with guitarist Aaron Larget-Caplan), Duo SopraVoce (with violinist Annegret Klaua), and as a solo performer, collaborating with musicians such as pianists Aaron Jackson, Yukiko Shimazaki, Sivan Etedgee, harpist Barbara Poeschl-Edrich, and many more. He has premiered many works by composers such as Anthony De Ritis, Maxwell Dulaney, Zhu Shu Jia, and Benoit Granier, to name a few. He has performed in many parts of the USA and abroad in the Czech Republic, Austria, China, Hungary, Spain, and Great Britain. As a conductor, Orlando is the music director of the Governor's School Orchestra in North Carolina and the Willow Flute Ensemble. In the past he has conducted the Marquette Symphony Orchestra, TIMI New Music Ensemble, Brandeis New Music Ensemble, Newton Symphony Orchestra, the Scituate Choral Society, and the UMass Dartmouth Choruses. He has commissioned and premiered many works, including the American premiere of Salvatore Sciarrino's "Autoritratto nella Notte" and his opera "Lohengrin" with the Soria Chamber Players, a group he founded and led for three years. Orlando has arranged a large number of works for multiple flutes which include not only Classical music favorites, but also folk music from Romania, Bulgaria, Venezuela, Argentina, India, Croatia, Japan, and more. His love for music from all over the world caused him to create "Las Paraulatas Bostonianas," a group that expands the tradition of Venezuelan folk music. Orlando is now working on his fifth recording, "Project Extended," a compilation of pieces by contemporary composers who wrote works for him using nothing except extended techniques. You can find his other recordings on iTunes, Amazon and CDBaby. Orlando currently teaches at home. In the past, he was on the faculty at College of the Holy Cross and at UMass Dartmouth. Orlando studied at DePauw University with Anne Reynolds and Eric Edberg, at the New England Conservatory with Paula Robison, Tamara Brooks and Frank Battisti, and in Austria with Barbara Gisler-Haase. He has performed in masterclasses for Raymond Guiot, Shigenori Kudo, Alain Marion and Trevor Wye 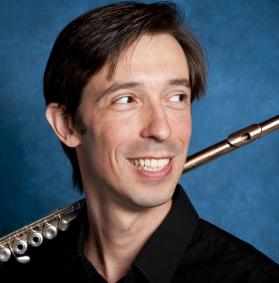 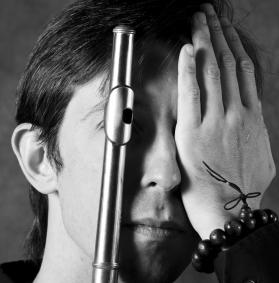