Doug Holder is the founder of the Ibbetson Street Press of Somerville, Mass and is the arts/editor of The Somerville News. He teaches writing at Endicott College in Beverly, Mass and Bunker Hill Community College in Boston. In addition he is the Director of the Newton Free Library Poetry Series, and the co-founder of the Somerville News Writers Festival. He hosts a literary talk show on Somerville Community Acces TV "Poet to Poet: Writer to Writer." Holder's own work: books, interviews, etc... are archived at Harvard University, Brown University, Yale University, Poets House (NYC) and others. He is the author of a number of poetry collections including: "The Man in the Booth in the Midtown Tunnel" ( Cervena Barva Press), "Wrestling With My Father" ( Yellow Pepper Press), " No one Dies at the Au Bon Pain" (sunnyoutside), to name a few. In 2007 Holder was a visiting poet for the "Voices Israel" organization and ran workshops and lectured in Jerusalem, Haifa, and elsewhere. Holder's poetry and prose have appeared in the Endicott Review, Boston Globe Magazine, Rattle, Toronto Quarterly, Quercus Review, Main St. Rag, Caesura, Voices Israel, Sahara, Long Island Quarterly, Poetry Quarterly, etc... Holder holds an M.A. in American Literature and Language from Harvard University. For over 20 years he has run poetry workshops at McLean Hospital in Belmont, Mass. He resides in the Union Square section of Somerville with his wife and cat Menow. 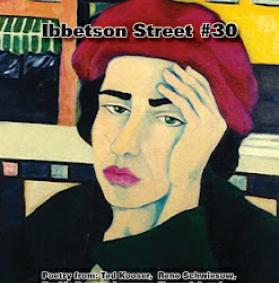