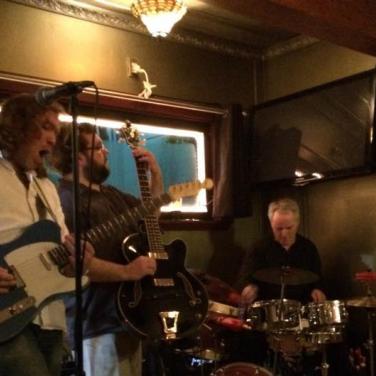 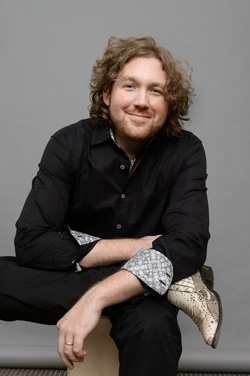 Fronted by Boston-based blue singer/guitarist, the award winning Barrett Anderson Band packs a mesmerizing, backbeat-heavy, hypno-boogie punch.  The Barrett Anderson Band has learned from, and played with, the very best in the music world, and provides a unique voice, one equally informed by classic blues, soul, and rock & roll.

Barrett is a 17-year veteran of the scene, Barrett cut his teeth by playing with members of Muddy Waters' 1970s band, Pinetop Perkins & Steady Rollin' Bob Margolin, in the late 90's. In 2013 Barrett's second album, The Long Fall, was released (produced by Cambridge's roots-rock king Dennis Brennan, and featuring the legendary organ trio lineup he had been working with all across new england ), and Barrett won a highly prestigious Boston Music Award, 2013 Blues Artist of the Year.

Jamie "Black Cat Bone" Hatch is a reformed guitarist, bassist Jamie Hatch brings the low end to the foreront.  His playing is big, full, and driving; he is a master at propelling the music forward, whether through playing hard or laying back.  Bringing a more jazz/free-oriented aesthetic to the band, Jamie "Black Cat Bone" is an integral voice to The Barrett Anderson Band, and is the sole voice for the unique, sub-100 hz. frequencies you hear on stage.

Doug MacLeod is the man who keeps the rhythm moving and the beat grooving, Doug MacLeod provides the central heartbeat for The Barrett Anderson Band.  His sense of  beat is funky and driving, equally informed by dual-drummer lineups such as The Grateful Dead & The Allman Brothers Band, and solo drum masters "Zigaboo" Modeliste, Al Jackson Jr., and Levon Helm, Doug brings a rocking' back beat groove that makes hips sway and feet tap.