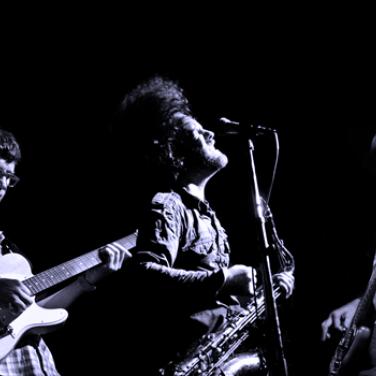 Blossoming from the Slavic heart of Greater Boston, the Somerville Symphony Orkestar is an all-original Eastern European Punk Funk band. Formed in 2009, the SSO has been constantly gaining notice from many of the music scenes in and around New England. With the success of their first album, the SSO has performed with such bands as the Rebirth Brass Band, Melvin Seals and the Jerry Garcia Band, the Stepkids, and Dudu Tassa & the Kuwaitis. With moving rhythms and hypnotic melodies, complex arrangements reign in the chaos only to explode into equal parts mosh-pit and horah, the SSO is the ultimate party band for the crowd that wants to dance all night.