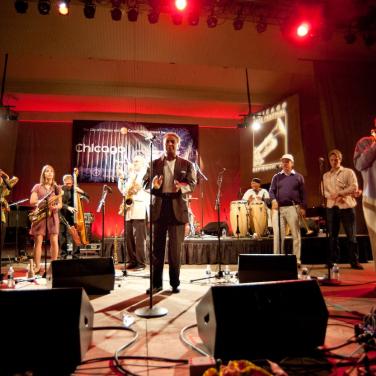 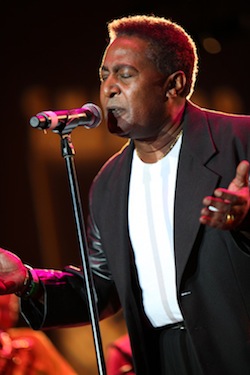 Western pop music hit Ethiopia hard in the 1950s and 60s, and the most popular rock-style combo was the Soul Ekos, featuring the singing of Teshome Mitiku. Along with his brother Teodross and other bandmates, under the production guidance of Ethio-jazz creator Mulatu Astatke, Teshome recorded a number of songs that have stood the test of time among Ethiopians worldwide. The inclusion of four of them on the prestigious Ethiopiques, Volume 1 has introduced Teshome to an international audience in recent years.

In early 1970, Teshome was forced to leave Ethiopia by Emperor Haile Selassie's government, and has lived in Sweden and the US since. Almost 30 years later, Either/Orchestra leader Russ Gershon heard Teshome's "Yezamed Yebada" and arranged it for his Grammy nominated 10 piece band. Teshome heard the E/O's version on the radio in Washington DC and contacted Gershon, striking up a friendship and collaboration that has yielded performances in Cambridge, New York and headlining the Chicago Jazz Festival in front of 20,000 people.

Founded in 1985, the E/O has left its distinctive mark on a huge range of jazz, pop and Latin styles, as well as becoming perhaps the world's leading non-Ethiopian interpreter of Ethiopian jazz and pop. With over 1000 performances on three continents, ten albums and a DVD with Ethiopian legend Mahmoud Ahmed, the E/O is one of New England's major exports to the jazz world.