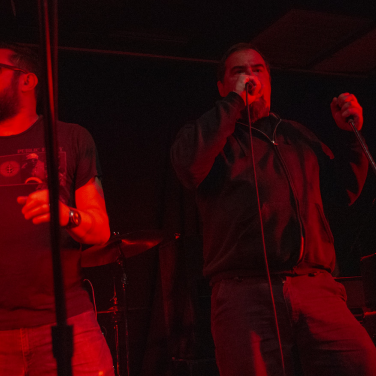 The Northern Skulls was formed in Boston in 2018, mixing influences from Gang of Four and Mission of Burma to Naked Raygun and Laughing Hyenas. They released their debut, self-titled, 6 song, 12” vinyl record at the end of April 2019. The band includes former members of Gang Green and Only Living Witness, and features Jonah Jenkins on vocals, Glen Stilphen on bass, Johnny Mullin on guitar and Logan Tarmac on drums. Earlier this year they opened for Moving Targets and the Proletariat at the Sinclair.