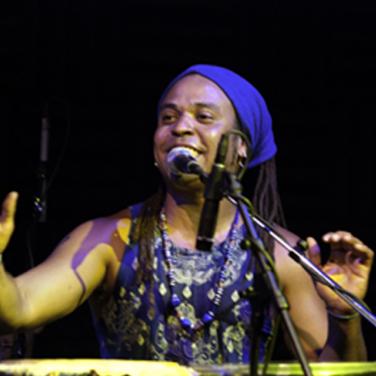 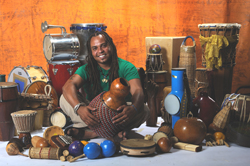 Dendê is a percussionist, singer, composer, bandleader, teacher, and multi-instrumentalist. He’s been a professional musician since the age of 14. Since 2001, he’s been splitting his time between New York and Bahia. As the leader and principal songwriter of his flagship band, he has played up and down New England and internationally. Combining Brazil’s rhythm heavy music with the grooves of afrobeat, reggae, merengue, and others from around the world, Dendê and Band’s debut album, Bahia de Todos os Santos, showcases the band’s sizzling showmanship and versatility.