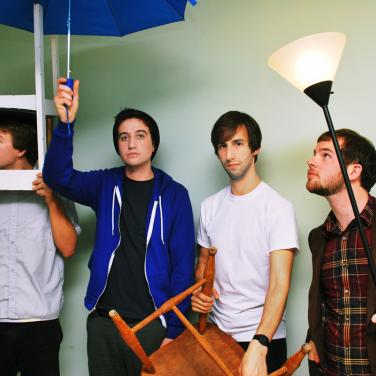 Bearstronaut is a Synth-Pop Dance-Rock band from Lowell, MA who only wants to make you move. Formed in Late 2007, Bearstronaut has played many clubs in the Boston Area and self-released their debut album, “Broken Handclaps” in late 2009. They have played all over New England with such acts as Passion Pit, Japandroids, The Chinese Stars, Body Language, and Tigercity. Most recently, they were nominated for best “New Act” in the Boston Phoenix’s 2010 Best Music Poll.