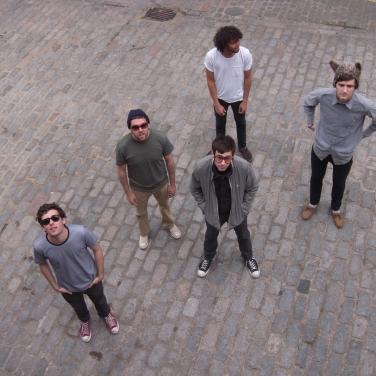 Although they may have fallen below the U.S. radar, not so in the U.K. The London Times says, “If you’re looking for comparisons, you might site RadioHead, Arcade Fire...and the like. Really, though, Magic Magic are their own band. And what a band — and what a discovery.” UK-based New Musical Express says, “The spookiest thing about Magic Magic isn’t that they’re from Salem, international home of witches. Nor that they’ve got two drummers, however hydra-headed that always looks.... Their bold orchestral pop is capable of twisting from banjo langor to choral euphoria to Fender-bending agression....Don’t believe the lack of hype.”