First, how do you describe your art? 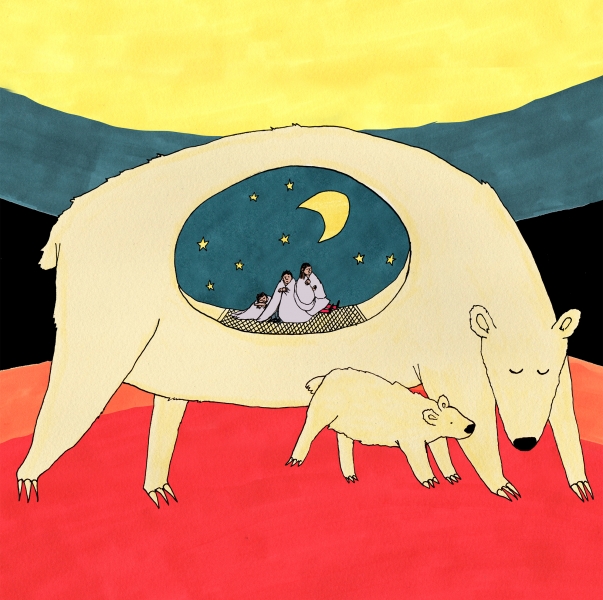 I call myself an illustrator—I mostly draw and paint with traditional media, with occasional forays into collage and small sculpture. My work is mostly character-driven and influenced by cartoonists and children’s book illustrators— William Steig, Roz Chast, Quentin Blake, Charles Addams, Arnold Lobel, others.

How do you approach your craft, what draws you in?

I mostly draw from my imagination and don’t generally plan too much unless it’s something specific for a client. A mentor of mine (Susan LeVan, who chaired the illustration department at Art Institute of Boston) once told me something someone had told her about her work—“I want to visit your world, but I wouldn’t want to spend the night there.” And I love that and think of it often. I strive for that feeling of myth and strangeness and humor that has a little bit of an edge/pathos to it. Sometimes people have called my work “cute” and that’s fine sometimes but not what I’m going for. “Aesopic” was a word a teacher of mine used that I liked. I’m a big believer in the importance of play, in free association and wandering, and allowing for that in my  drawing/painting/making is important to me. I’m a collector of books and old magazines and paper and toys and objects and spending time with that content is important to me too. The lives that objects and images have on their own is something that fascinates me. I guess I want my work to have that gently other-worldly feeling. 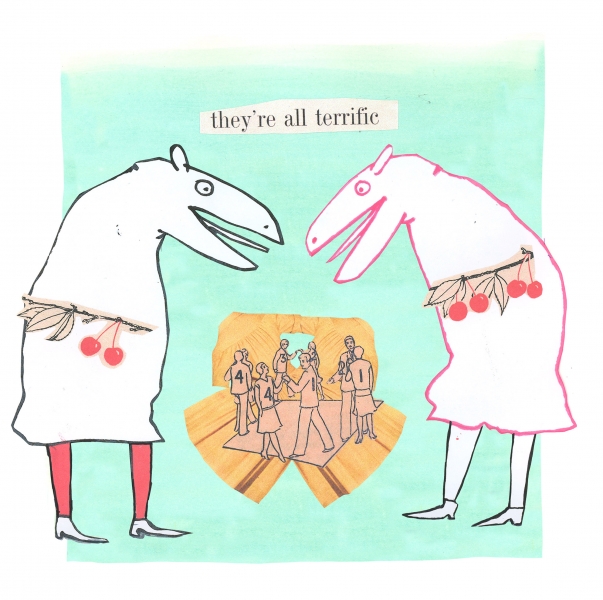 My family always encouraged and allowed me the space and time to follow the things I was interested in, whatever that was. Like most people, I drew a lot as a kid. I kept drawing as an adult but didn’t consider it as something to study or as a profession until several years after college. In college I studied anthropology and creative writing, and it wasn’t until I’d been out of school for a few years that a family friend who was an art teacher saw my sketchbooks and suggested I go back to school for art. I didn’t even really know you could study illustration at school until that point. I got a certificate in illustration from the Art Institute of Boston, and a few years ago I got my MFA in Illustration as Visual Essay at School of Visual Arts in NY. Now I teach in the illustration department at Lesley Art + Design. I owe that and my continued art practice to the teachers I met at AIB and the illustrators and cartoonists I’ve met along the way since then. It’s magic to me to know so many people for whom image-making is hugely important. It’s like a not-secret secret society.

Is there anything new you're working on that you'd like to tell us about, or some of your favorite past projects?

This February I’ve been doing an internet art challenge called “Februllage”, which was new to me, in which you make a new collage every day. That has been a good exercise and has allowed me a little space from drawing. The pandemic has everyone, myself included, all screwed up in terms of normal productivity/emotional state and latching on to a project like that, with low stakes and a different way of thinking/making, has been good for me. In terms of other projects, I’ve been slowly launching my Etsy store and selling prints and kids clothes there. I have a studio on Beacon Street in Somerville, right by Petsi Pies, in which I’ve been displaying some art and some of my toy collection in the window displays. 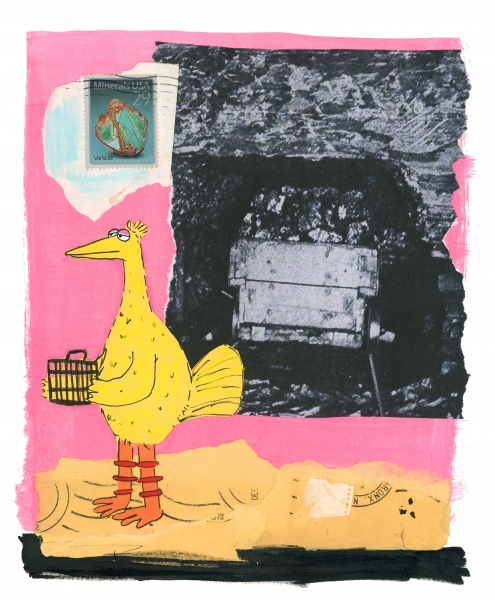 Please tell us about your background, and how you came to live in Somerville.

I was born in Massachusetts and my family lived here until I was 12, when we moved to California. I went to college in Colorado and wound up back in MA when I enrolled at Art Institute of Boston, which was in Kenmore Square and then moved to Porter Square after it became Lesley Art + Design. I stayed here because I met my husband and got work teaching.

I’ve been impressed with the creative scene in Somerville — there are lots of fine artists and illustrators and comics artists living here. I frequent Diesel, Bloc, and Forge and I know a lot of local artists who do too. Pre-pandemic, those places were a wonderful resource for art making and showing space. I’ve been impressed with the programming at Artisan’s Asylum; I took a screen printing class there a few years ago and the space has a really cool feeling. I was signed up for Open Studios before the pandemic hit and I hope I can participate one day when we’re all vaccinated and sharing spaces again. 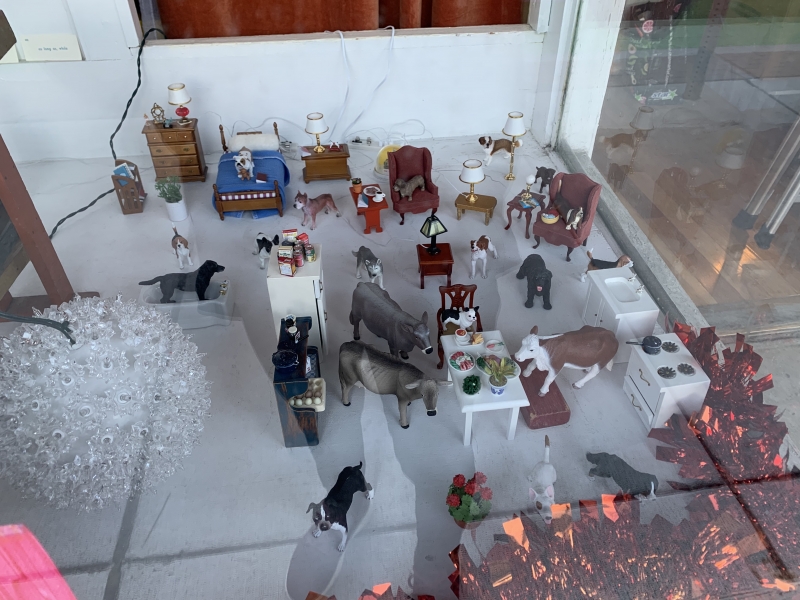