Interview of Simeon Berry as told to Andrea Read

Which writers influenced you the most when you were writing Monograph and Ampersand Revisited?

I couldn’t have written Ampersand Revisited without the fearless ethical inventory and metaphysical sleight of hand of Larry Levis’ in Winter Stars, The Widening Spell of the Leaves, and Elegy. It took me a good five years after I read The Widening Spell of the Leaves to grok how sophisticated the poems really are. At first, his disarming understatement made it seem like he wasn’t even trying. I mean, what was I supposed to do with a stanza like this from the opening poem (“Self Portrait with Radio”) of Widening Spell?:

...the same past still houses

A whole family of Quakers, glassblowers in fact,

And the snow falling, & lots of windows

To watch it through

In the nineteenth century;

That row of slave cabins 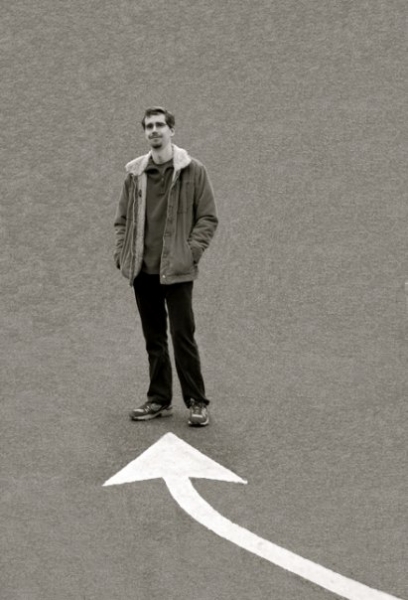 He makes this move in “The Perfection of Solitude” where he describes how his son is “asleep in the next room near a piano-- / Its ivory keys so unreal in that light I thought they would wake him...” I still can’t get over how it’s perfectly balanced--as a language object--between metaphor and implication.

Before grad school, I worshipped the image and was mildly allergic to rhetoric, because I hated poets being “wise” at me, the way I feel like Meryl Streep “acts” at the audience. I could make a narrative but not a rhetorical superstructure, because it felt like moral exposition. I neither wanted to be told what to think, nor to tell others. Levis unsettled all that for me.

I also was enormously fortunate to have Brian Teare in my Creative Writing MFA program at Indiana, and to read many of the poems in The Room Where I Was Born as they were being written. The vivid music and imagistic interrogation of those poems demonstrated that not everything had to be sensory detail, which made my poems less impersonal and hallucinatory, because I could, y’know, talk in them now.

Monograph has a lot of DNA from Anne Carson’s “The Glass Essay” and The Beauty of the Husband. I love the radical candor of her shorthand and her way of talking about famous dead thinkers as if they were exasperating friends of hers. Carson’s intellectual landscape is also her familial and sexual landscape, and the easy traffic between the two made Monograph possible.

Who are the poets you go back to again and again? And are there any other artforms that inspire you as a poet?

My dad’s a photographer, so I have a special love for black and white photography by Minor White, Paul Caponigro, Ansel Adams, Richard Avedon, and Edward Weston. For a discipline that was once dismissed as being simply mimetic (and thus not art), it’s astonishing how mere shadow can radically transform something familiar. I will be forever grateful to my father for teaching me how to look at a photograph like a painting.

What are you working on at the moment?

I’m finishing up a gothic coming-of-age, quasi-novel-in-verse set in a slightly Lovecraftian version of the Midwest (sample poems here, here, and here). Unlike my other books--which were prose block extravaganzas--this one has so many line breaks and stanzas that it would make Walt Whitman cry.  Unlike my first two books, it’s almost entirely non-autobiographical. 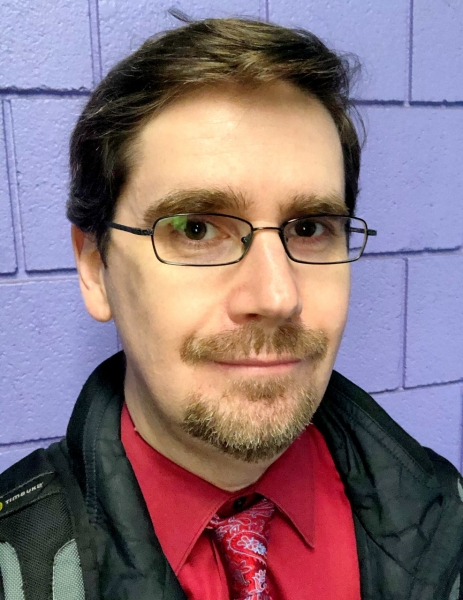 What do you do when you're stuck?

I find having multiple manuscripts helps to avoid getting stuck. Switch to the one that makes you hate yourself less at the moment! If you don’t want to revise the current one, write something new for the other one, or vice versa.

I almost always prefer to revise rather than whomp something up from scratch, which is why I tend to use NaPoWriMo to generate a book’s worth of new material, lock it away for six months until my contempt for it subsides to a manageable level, and then happily hack and tinker away in it for years. Of course, this makes every book into a project, but world-building makes the failed novelist in me very happy. I even had to make a plot matrix for my newest manuscript.

In order to smooth the way before writing, I like to listen to a curated writing playlist beforehand or read a few poems from one of my favorite books--something to try to cleanse the static from the internal radio.

Regardless, the best strategy is just to start writing, even if it’s crap. The vast majority of the time--at least for me--inspiration is something that happens in media res. You have to wade into the underbrush in order to flush anything out, and when you’re in motion, you’re much more likely to trick yourself into something surprising.

When I had just started out as a writer, I had to spend half a year at home with my mother due to college financial aid difficulties. She didn’t have a computer, so I wrote on an electric typewriter. I loved the way the machine hummed and shook every time I hit the keys. It felt like I was accomplishing something, even though it was all dreck.

What's something about you that most people would be surprised by?

I used to be passionate about baseball (I still am, in the abstract), collected cards as a kid, and had a fantasy league. When I was in high school and home from college, I watched ESPN’s Baseball Tonight on the regular.  I love the Venn diagram of the field, the loopy arc of a breaking ball or a Ken Griffey Jr. swing, the interpretive dance of the pitcher, and the wire fu levitations of fielders.

Although I grant that it looks random and sporadic, the confrontation between a batter and a pitcher is actually the peak of human performance.  A batter has about two-tenths of a second to decide whether or not to swing at a 95-mile-an-hour fastball, and about the same amount of time to do so. This approaches the limit of what is cognitively and physiologically possible.

But now I am the baseball equivalent of a Christmas Catholic, as I only watch the yearly All-Star Game (and the World Series, every once in a while). Being a sports fan just involves an enormous amount of sunk costs in terms of keeping your data current. You have to personalize the players, get to know them, and that’s kind of exhausting for an introvert. Not to mention the very long games, and my loss of immunity to commercials.

It all comes from watching the rag-tag 1980’s Yankees on the floor of my grandmother’s living room and making up silly nicknames for Lou Pinella, Mickey Rivers, Greg Nettles, and Dave Winfield, my lanky Hall-of-Fame hero. (This was when the Yankees couldn’t buy a World Series for 14 years until 1996, when they became the Evil Empire.)

How did you end up in Somerville?

I fell in love with Boston while staying with a friend in Harvard Square for a wedding back in 2000. I’d just spent seven years in Florida and two in Indiana, and I was longing to live in a blue state with two-story, non-cinderblock buildings more than 30 years old. After all the architectural amnesia of Florida, the brickwork and old-timey streets of Cambridge and Somerville were like catnip to me, and Boston was a manageable city for a small-town Connecticut kid like me. But there was no way I could afford Harvard Square, so I wound up in Davis Square, where I’ve lived (within a 6-block radius) for 13 years (minus an ill-advised six-month interlude west of the city in Shirley).

If you could have dinner with three people, living or dead, who would they be?

John Hodgman, Neil Gaiman, and Douglas Adams. I’ve heard each of them speak, and in addition to them having fantastic voices and making great and vaguely unclassifiable books, they seem(ed) like wonderful humans. Plus, they all disrespect genre, and those are my people.

What's your earliest memory of writing? What book(s) from your childhood made the deepest impression on you?

When I was in third grade, we had to write a haiku. The night before, I had watched “That’s Incredible,” an 80’s reality show about bizarre things like a man in the process of eating a whole car, bit by sawed-off bit. The episode had featured “bazooka” ants--a species of termite soldiers (of the nasutitermitine genera) with a gun of sorts on the front of their head that they can fire secretions through at enemies from many centimeters away with great accuracy, even though they are totally blind. So that’s what I wrote my haiku about. My teacher was utterly convinced that I had made them up, and she wouldn’t let it go. At the time, I felt like it was a great injustice.

When I was around eight, my Dad read Watership Down to me and my brothers, which I ate right up, since it had it all: world-building, prophecy, and weird gender stuff. Also politics. I had just seen my grandfather get ecstatic about Reagan getting elected, so I knew things were not okay on that front.

The first non-children’s book I remember reading was The Black Stallion, which was strange, because I had no interest in horses, finding them too big, twitchy, and ponderous. But it made me very happy because there were, like, a billion books in the series, which made it prone to some of the excesses of a genre success that just keeps going ad infinitum. Take the 11th book, The Island Stallion Races (1955), where the author resorts to alien intervention to allow a wild, murderous stallion on a secret island to race against the world's fastest horses.

But the three books that changed my life in fifth grade were The Lord of the Rings, The Hitchhiker’s Guide to the Galaxy, and Frank Herbert’s Dune. My older brother had borrowed them from a friend of his, so I naturally wanted to read them too.

They were faintly unclassifiable novels that were clearly an excuse for Tolkien to play with linguistics, Adams to criticize the culture, and Herbert to argue about ecology and colonialism. But the richness of their worlds overtook them, despite their best efforts.

Each one has a quasi-helpless protagonist who goes on a Joseph-Campbell-type hero’s journey in an incomprehensible--but highly-detailed--universe. And it doesn’t really turn out well for any of them. This fell right in line with the Calvinist atmosphere of my childhood.