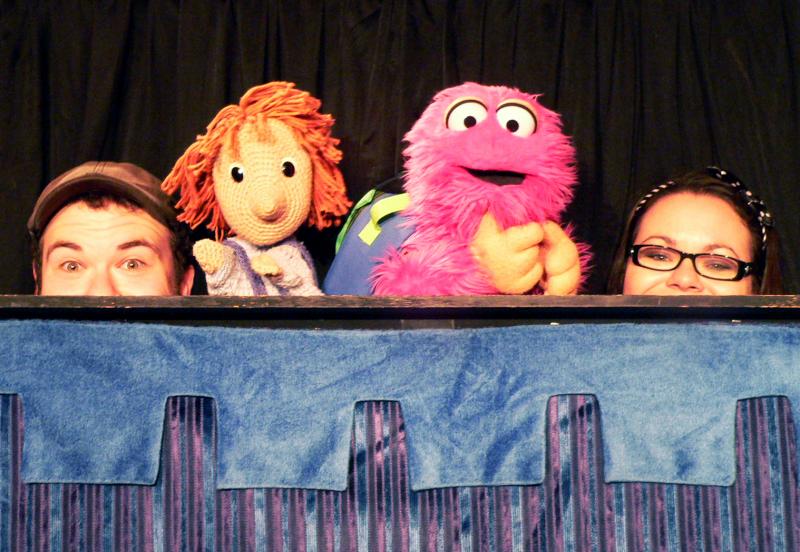 Taking place on revised Raindate for Thursday, the 18th

Puppet Playtime is an interactive performance experience for very young children (and their grown-ups!) Join twofriendly performers and their furry pal Bella Monster for stories and songs all about bugs and life in the garden.This performance includes familiar favorites such as “The Itsy-Bitsy Spider” and The Hungry Caterpillar” as well as original songs such as “I’ve Got a Leg Up on You!"

Phil Berman is a Somerville-based singer-songwriter, actor, and puppeteer with a BFA in Theater Arts from Boston
University. Phil has performed in shows across the Boston area and the Northeast, including Astro Boy and the God of Comics (Company One) and Brundibar & But the Giraffe (Underground Railway Theater). When not performing, Phil directs the music program at Rock and Roll Daycare in Cambridge. Brenda Huggins is an educator and theater artist who has taught puppetry classes to students of all ages throughout greater Boston area. She received her MA in theatre Education at Emerson College after studying vocal performanceat Western Connecticut State University. Her work as a director, costume designer, and solo performer has been seen throughout the New England region.