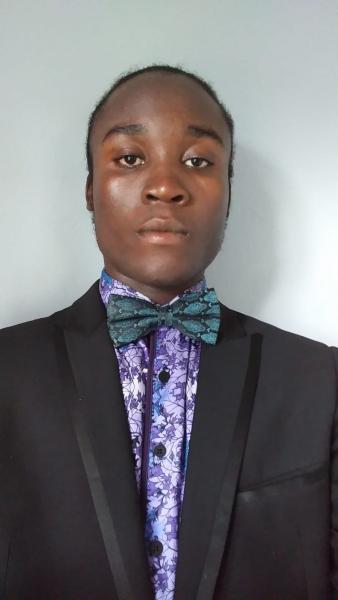 Pascal Michel was born in Haiti and is a self-taught painter. Through his passion for his country’s history, Michel has come to specialize in painting the heroes of the Haitian Revolution. Pascal frequently portrays Toussaint Louverture, the leader of the Haitian slave revolt that resulted in the world’s first black independent nation, founded in 1804.

Whether he is depicting historic figures and events or contemporary scenes, Pascal always incorporates the rich colors of his homeland. For his paintings, Michel finds inspiration through reading history, listening to music, observing the open market scenes of his home, and venturing around the rural country sides.

Michel first visited the United States during the summer of 2014, in conjunction with the Boston Public Library’s exhibit celebrating Toussaint Louverture, where Pascal’s paintings were on display through September 2014 at the BPL Mattapan Branch. Pascal was the only artist living in Haiti whose work was exhibited. More recently, the Haitian Artists Assembly of Massachusetts has inducted Pascal as one of their newest members.