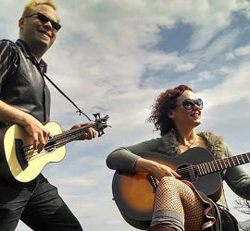 Erin Harpe & the Delta Swingers, her Boston Music Award-winning band, are releasing their second full-length album, BIG ROAD. The self-produced album highlights Erin’s diverse influences, from her roots in acoustic delta and piedmont blues, to her electric side – slide guitar, boogie blues, funk and soul. Since the release of their acclaimed debut LOVE WHIP BLUES (VizzTone/Juicy Juju 2014), Erin and the band have been touring the country non-stop – honing their craft, and making plenty of new fans. Erin has emerged into the limelight, taking on a more direct role as producer and playing lead guitar. BIG ROAD is an apt name for her new, self-produced album. It describes where she and the band have been, traveling the highways and back roads, bringing people joy through their music.

Charismatic singer and guitarist Erin Harpe, along with her band the Delta Swingers, have become favorites around New England, with a growing fan base around the world. Their unique brand of dance music is rooted in vintage 1930’s Mississippi delta blues, then shaken and stirred with other genres like soul, funk, and reggae, evoking a wild southern juke joint where the whiskey and gin are flowing and everybody’s dancing. 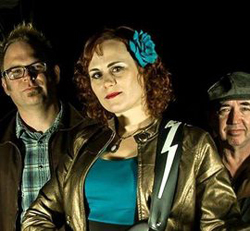 Erin Harpe & the Delta Swingers features Erin on vocals and lead guitar, backed by Jim Countryman on bass, Devin Vaillanport on drums and vocal harmonies, and Matt Charles on harmonica.