Interview with Julie Rhodes as told to Gilmore Tamny.

And to see Julie perform locally check her out at two gigs on May 13th.  First up is at Porchfest at Kitchen Sessions w/ Willy Mason, followed by a big Porchfest after party at Thunder Road w/ Tigerman WOAH and Hayley Thompson-King. 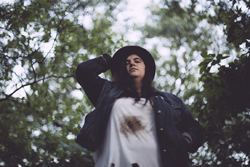 Tell us a bit about how long you've been performing and doing music.

I wrote my first song about 3 years ago and have been playing out for about 2.5 years now.

Did you grow up in Somerville? How have you seen it change/grow, for the better or...the not-better.

I grew up in Woburn, just outside of Somerville. My dad and his family are originally from Somerville though. Growing up, he’d always tell me stories about how different the city used to be, and all the trouble he would get in there as a kid. I lived in Somerville for the better part of the last six years. In that time, I definitely saw it change a lot. Venues closing, and new ones opening. New bands coming up, old ones fizzling out. It used to be an arts haven-- somewhere you could get by on a pretty low income. But, as rents rise, and the squares become more gentrified, I think artists are unfortunately being driven out of town. It’s an amazing place to be, just tough to stick around. Still my favorite city though!

What are some of your favorite venues to play around Somerville? Cambridge? Boston?

I have a lot of love for Bull McCabe’s in Union Square. It’s a tiny room, so we don’t have the opportunity to play there much anymore, but that’s the room where we got our start. It definitely holds a place in our hearts haha. Lately we’ve been digging The Sinclair and Thunder Road. 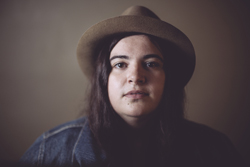 You have an upcoming tour. What are some of your favorite things about touring? Least favorite?

We’re actually just wrapping up a tour as we speak. I’m writing this in the van on the way to Memphis from Atlanta! Touring can be tough at times, but I’d say it’s 90% an amazing experience. My band are some of the best and most fun guys to be around, so just getting to hang with them is pretty awesome. Getting to check out new cities is always fun-- meet new people, hear new bands…. food. I really don’t have a least favorite part. I guess when you’re on the road for a little while and not getting a whole lot of sleep, tension can get high from time to time, so that’s something you have to deal with-- but all in all, it’s great. Not really looking forward to heading back to snowy Boston.

Who are some of your favorite bands/singers to cover?

We do add covers in the set for fun, but we really try to focus on original tunes.

What's your songwriting process? Do you collaborate? Start with the piano or the guitar...(etc.)?

Songs usually come out in different ways for me. Sometimes I’ll pick up the guitar and sort of come up with both chords and melody at the same time. Sometimes, I’ll think up a vocal line and the band will fill in underneath. It’s always different.

Who are some of your favorite bands/singers right now?

I’ll give you the tour-van rotation. We’ve been listening to a lot of Aaron Lee Tasjan, Brent Cobb, Erin Rae & the Meanwhiles, John Prine, The Band, Tall Tall Trees, Derek Trucks Band. We also just played a couple shows with this amazing band out of New Orleans called Tank and the Bangas. Watching them play is like a religious experience. I don’t think I’ve been so blown away by a live show in a long time.

What instruments do you play?

How do you take care of your voice?

I should really be a lot better about that. I mostly just try to stay hydrated.

What projects are you working on you're excited about?

We just shot a music video with an incredible videographer out of Nashville named Josh Shoemaker. That should be coming out very soon. Super excited about that!

Who would be some if-it-was-a-perfect-world musicians you'd like to collaborate with?

Oh jeez. Probably Brandi Carlile or Amos Lee. They were both big influences of mine when I was just starting out, and still are today really... Also a huge fan of John Moreland. A collaboration with him would be a dream.

Is there any kinda music you can legitimately say you hate? Or are profoundly bored by?
I can usually find something I like in most styles of music-- but pop country is generally pretty awful, in my opinion.