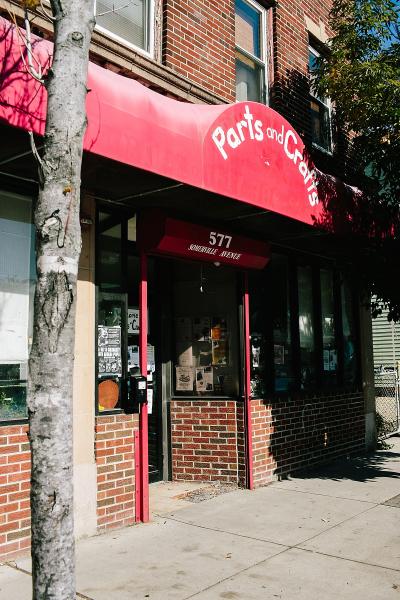 I am currently one of six co-directors at Parts and Crafts, a family hackerspace in Somerville, where I mostly coordinate the afterschool program and weekend workshops and outside events.  I also teach in all of our programs, electronics, sewing and art as well as my personal hobby, making miniature food out of polymer clay as well as other scale models and dollhouse furniture.  I also run the Somerville Tool Library (located inside Parts and Crafts) which is a lending library for household tools and I run repair-themed events around the city, including Fixer Fair, a yearly festival devoted to repair and sponsored by the Somerville Arts Council.

Most of my time and energy these days is spent organizing the afterschool program at Parts and Crafts.  There's a lot of focus lately on out of school time and turning that into learning opportunities for kids and that's obviously a part of what we do (there's barely a day that goes by that I'm not explaining how electricity works to at least one kid, or teaching them to solder.)  But mostly what we try to create for kids is a free, open, artsy, nerdy environment where they can feel comfortable after school.  I like to think of Parts and Crafts afterschool as if a few of your artist/geeky friends made a comfortable space for kids to hang out, create, play and decompress after school.

Fixer Fair is pretty dear to my heart because I conceived of it some time ago and now it’s in its third year.  A lot of the things I do and the people I work with could be described as part of the “maker movement” but that’s a movement I sometimes experience a lot of frustration with, because the emphasis can sometimes appear to be be on a sort of relentless pursuit of novelty.  I like frivolous creation as much as the next person (after all, I spend a fair amount of time trying to make one inch scale miniature food) but I sometimes feel like all of this skill and talent could be put to more practical use.  That was the core idea behind Fixer Fair - to get makers and tinkerers and artists to share their skills as fixers and help create a more sustainable community for us all.  I doubt it will ever be as big as a Maker Faire, but it grows a bit every year and I keep talking to more people around the country with similar or related ideas.  Repair is the next big step towards zero-waste and it’s tricky to organize and do, but ultimately very important.  I also just like organizing community events and festivals, so it’s my favorite day of the year.

I don’t know when Fixer Fair 2017 will be, probably in May or June, outside in Union Square and each year more people come, bring broken stuff and help out fixing stuff. 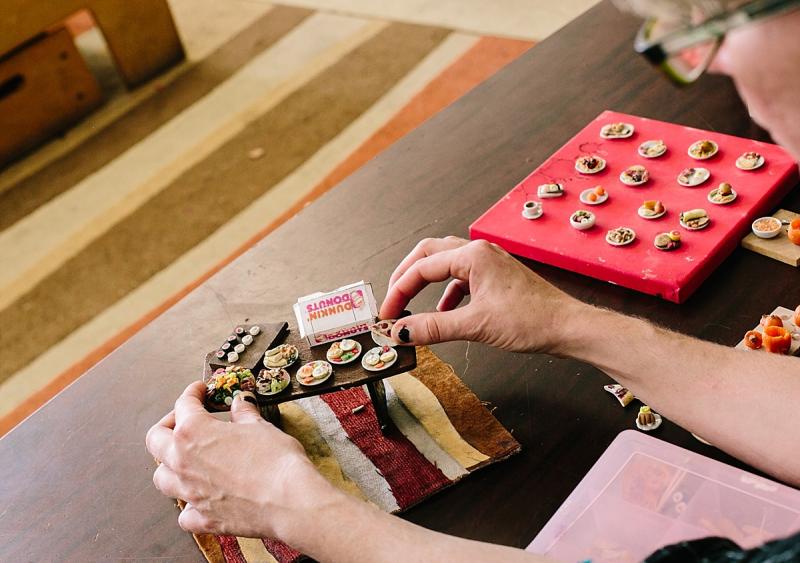 The most important thing I’ve been working on lately is helping Parts and Crafts launch our Kickstarter for our kits program - because everything I run and do relies on the ability of Parts and Crafts to grow and thrive.  A lot of projects I’ve developed with kids will be part of the kits program and it’s our big bid to make ourselves more financially stable, to grow and be able to offer low cost, sliding scale and free tinkering programs for the long term without worrying too much about paying the bills.  We need folks to help us spread the word, because there isn’t anybody in Somerville doing exactly what we’re doing and we give tons of our programming away for cheap or free.  Most of the families that come to our programs tell us constantly how much they love what we do, how much their kids get out of it.  We need a signal boost to get some attention from the wider world.

I do a lot of stuff, but mostly what is satisfying about my work now is that nearly everything I’ve ever learned to do in my life, in all my various careers, comes up and is relevant at some point.  These days I sculpt miniature food and sew and hang doors and build tables and replace band saw blades and take apart computers and paint and draw and write (mostly grant applications.)  I’ve been lucky to have a lot of interesting and fun jobs, but I’ve never had a job that literally called on every skill I’ve ever acquired.  Also I have an 8 year old son and I get to bring him to work with me a lot of the time, because all of our programs are for kids that age.  It’s hard to imagine a more ideal situation for a working mother.

I realized the other day that literally all of my work in the past two years has been affected or changed by the kids I've taught.  Kids are great art critics, they are no bullshit. I am reasonably accomplished at making miniature food and when I show it to adults they always rave, but when I show it to kids, a lot of the time they say "Wow, that's pretty good" and then point out its flaws.  Any project I've done with kids had been radically improved by their input, even if sometimes, in the moment, it was a little irritating.

I think it’s impossible to talk about the Somerville creative scene without talking about housing.  When I first moved here, I was working at the American Repertory Theatre, not making a lot of money and I moved to Union Square because it was cheap.  Obviously neighborhoods grow and change, but what we’re seeing now feels unprecedented, especially for a city with such a huge arts reputation.  We’re getting to the point, not too far away, where artists and small business owners and tinkerers and artisans just aren’t going to be able to live and work here anymore. 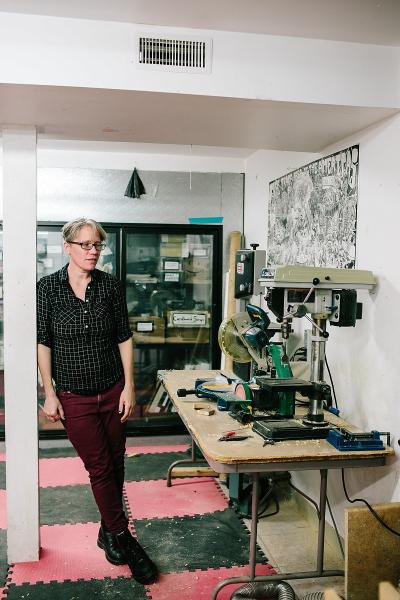 Sometimes folks come in to the Tool Library and say they just moved here and are so excited that places like Parts and Crafts and the Tool Library exist.  They seem really chuffed to have moved into such an artsy, hip neighborhood.  But I sometimes want to ask them, what did you pay for your condo?  Because if you spent half a million dollars on an apartment in a neighborhood because you were excited about the art studios and old school bakeries and dive bars and tiny ethnic restaurants and makerspaces and community organizations, you’ve made a critical error.  Because the sorts of people that run those things can’t afford that housing market.  The marketing for some of these buildings is ridiculous - they talk about the cultural scene in Somerville as a selling point for outrageously priced condos.  It’s a bit like buying a house in a housing development on what used to be a dairy farm because you like cows and you think you’re going to be able to walk out your door and see them grazing.  The fact that you’re there means the cows are gone!

So most of my thoughts on the Somerville arts scene is that we are holding on by our fingernails, clinging desperately to try and stay around and I hope we can, but I’m pretty sure that unless the city makes it a real, genuine priority, we’ll all be living somewhere else in less than ten years.

Bio:
Dina Gjertsen is a former theater technician and designer, science museum maintenance supervisor and Flash game designer who currently teaches electronics, sewing and art as a Co-director of Parts and Crafts.  A Somerville resident for over 15 years and a Somerville Arts Council Board member emeritus, she is the founding organizer of the Somerville Tool Library, a lending library for household tools and Fixer Fair, a yearly outdoor festival devoted to repairing broken things instead of replacing them.