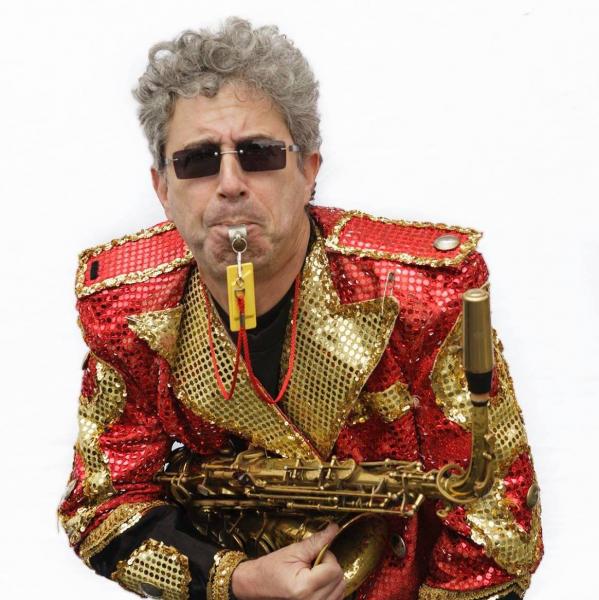 I am a musician, composer, and bandleader.  And a part-time radio host on WMBR 88.1fm.

I love making music.  I've been extremely lucky to be able to do so as my full time job.  There is magic in those moments of personal and group creativity that can be joyful, somber, or anywhere in between, but are always life-affirming.

I started playing clarinet when I was 10.  My parents encouraged me and my siblings to start an instruments at that age, and I'm extremely grateful to them for that.  None of my siblings ended up as musicians, and I attribute my doing so in part to the fact that during some of my own most formative years we had no tv set (it broke and my parents wisely chose not to repair it!), so I spent many hours listening to the radio.

There were many other critical moments, but one essential kick was from a bass-playing colleague at the computer job I had after college, who suggested that I look into studying saxophone privately in Boston with the wonderful teacher Joe Viola.  I commuted weekly from Providence for a few years, and it then led to a move to Boston for further study at Berklee College of Music.

Of course another essential influence was my late wife, animator Karen Aqua.  The soundtrack work I did for her independent films and for her segments for Sesame Street were critical to my development as a composer, and allowed me to significantly develop my own voice.

What brought you to the Somerville area?  And how have you managed to stay for so long?

Karen and I settled here while I was studying at Berklee.  Staying here was easy - we both valued our membership in the creative community here, and for me, the somewhat more relaxed and less financially-motivated music scene vs. NYC, as well as the inspiring cultural mix and wealth of great musicians, made for a stimulating environment, and one that encouraged experimentation and innovation.

Following Karen's untimely passing in 2011, I am very lucky to have ended up with my partner Cecily Miller, who has significant ties to Somerville as founding Executive Director of the Somerville Arts Council. 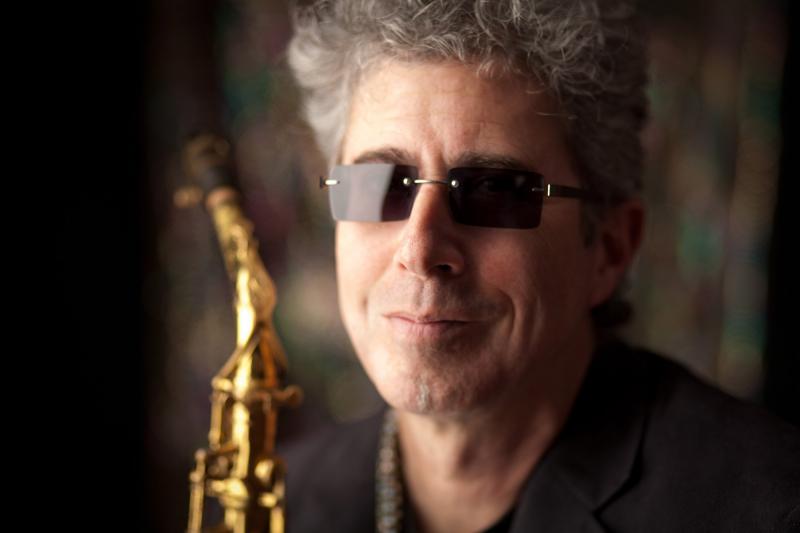 I started out playing with jazz and r&b groups, including the Providence-based Johnny & the Luncheonettes, and eventually ended up in the 80's with the locally successful and very creative "psychedelic funk" group Skin.  From there I shifted 180° to join the compositionally-based art rock band Birdsongs of the Mesozoic.  We rarely perform these days, but remain close friends, and periodically put together a show.  I learned a lot about music and music writing from Birdsongs.  Along with Revolutionary Snake Ensemble, other groups have included the Armenian-American jazz group Musaner, twisted lounge ensemble Lars Vegas, jam band the Board of Education, and work with legends like Willie Loco Alexander and Chandler Travis.

You have long been involved with the Honk Festival – can you tell us about that experience?  What makes Honk so special?

After playing at the first HONK! Festival 13 years ago with Revolutionary Snake Ensemble, I decided that this was something I wanted to help make happen, and I joined the organizing committee, as well as the activist/community group Second Line Social Aid & Pleasure Society Brass Band.  HONK! is uniquely non-commercial, free, and focused on social & political activism.  Plus it's a lot of fun.  The concept has become world-wide, with independent HONK! Festival springing up in, among other places, NYC, Providence, Seattle, Austin, Rio, London, Toronto, and for the past 5 years, Wollongong in NSW Australia.  I have been invited to Wollongong from their start to lead a pick-up band called the Hoot Band (secret: Chandler Travis' nickname for me is Hoot Fieldling"), which has grown to 100 people this year and last.  In fact I am in Australia now, one week after our final Hoot performance this year.  Click here to see a video of our performance.

You perform in many bands, and traveled the world with the Revolutionary Snake Ensemble and other projects.  How would you describe your performances?  What’s your most memorable performance?

I've had a number of great opportunities to travel with my music, including 2 tours of France with Willie Alexander's Persistence of Memory Orchestra, gigs in Europe with RSE, Birdsongs, and Musaner, and in Mexico and Europe playing my commissioned music with Bridgman/Packer Dance.  One of my most memorable performances was in Poland a few summers ago at the ANIMATOR festival, where I was invited to present a program of the animation of Karen Aqua with my live soundtracks, which I performed with a European ensemble of 4 alto saxophones and drums.  I am very excited that I have been invited to replicate that program, joined by the wonderful ensemble of alto saxophonists Stan Strickland, Lihi Haruvi, and Neil Leonard, along with drummer Savannah Marshall, at the ICA/Boston on Friday March 22nd.  Click here for details.

In addition to the 3/22 ICA show, RSE is hosting our annual Mardi Gras party on (Fat) Tuesday 3/5 at Regattabar, with special guests, the incredible young trumpeter Alonzo Demetrius and the equally impressive New Orleans-born drummer Brian Richburg Jr.  This is always a gas, and often sells out, which is quite gratifying!

And on Thursday 3/7 I will be honored by Cambridge educational non-profit Tutoring Plus with their annual Children's Champion award.  I have been involved with Tutoring Plus for over 30 years, first as a volunteer tutor and now as a member (and currently Vice President) of the Board.  I think the work they do to provide free tutoring services to area youth is important and worthy of support.