Interview with Tom Bianchi as told to Bill House.

Tom Bianchi is a Singer/Songwriter, Bassist/EmCee, Producer/Engineer, and Talent Buyer for the Burren Backroom Series.  He has performed at the Toad in Cambridge every Thursday for 9 years and running as part of the Baker Thomas Band.  For more information and links to Tom's music, go to: www.24hourtom.com

I did what most transients to Boston do. I moved to Allston in 96’, came across the river around 2000 and never left.

Have you always wanted to record and perform music?

Yes!  Since I bought my first four track recorder and played my first original show as an artist in high school. 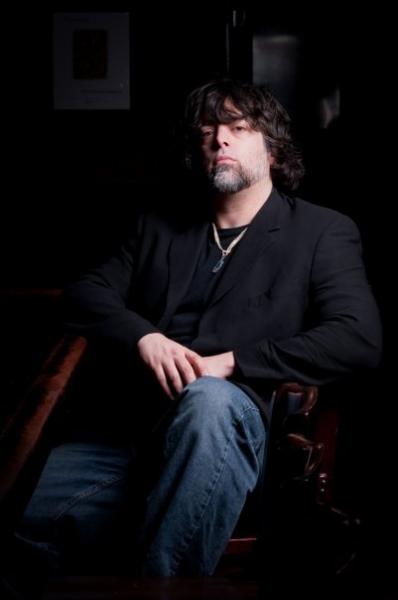 How has being a musician changed since you started?

I don’t know if it has, but I’ve changed.  When you’re younger, you’re willing to take just about any gig that’s out there and without guidance, most usually do it stupid, like I did.  But at some point, I started busking (street performing) and between Faneuil Hall, Quincy Market, Harvard Sq and every stop in town, you can play every night of the week without overexposing yourself.  That’s where I really got my education.  Overexposing yourself in your town is the kiss of death.  I love to see buskers in Davis Sq. these days, but when I see the same artist playing the same set at the same time in the same spot, I notice the crowds going from loving them to being annoyed in a short period of time.  That doesn’t serve the artist or the community.  It’s just a matter of time before someone uses that kind of behavior to shut down street performing.

How has your music and performance developed during your career and been impacted by the local community?

Knowing the room you’re playing has always been a rule of mine, especially since I’ve played so many different ones over the years.  If I’m out in the street, it’s important for me to be kid-friendly.  If you’re playing the late night set at the Burren, well that’s where you can be edgy.

How did you start booking and hosting at The Burren and The Lizard Lounge?

The Lizard Lounge was an open mic that fell into my lap many years ago.  It was important to me that it was a listening room open mic and that’s how it stayed for more than ten years under my guard.  I passed the show on to George Woods a couple years ago and he’s been running it wonderfully ever since.

As for the Burren, I’ve held many different positions over the years all involving music. Sunday night songwriter series host, session table front room, sound engineer have all been a part of my wheel house there, but three years ago, I got an opportunity to do a dinner series at the Burren and went from a couple of nights a week to a completely full schedule in a short period of time.  Some of the booking came easy because I’ve always had a good finger on the pulse of the local music scene.  But scouting national acts took a little longer.  The room and more-so, the series had to prove itself before I could get some really big names.  I’m very grateful for the first national names to agree to perform at the Burren Backroom Series - Chris Trapper, Jeffrey Gaines, Melissa Ferrick, Jonathan Edwards, David Wilcox and more.  They really helped put us on the map.

Years ago, I humbly realized that booking agents simply can’t answer every email.  Now, I’m solidly on that side of the fence and I realize that more than ever.

As an artist, I wish I’d realized years ago what I know now and that goes back to overexposing oneself in the same town.  I used to take any gig anywhere (we’re talking original music here), and often draw almost nothing which is frustrating for both sides of the fence.  I do think with the internet and more and more information out there that younger artists are getting smarter. They’re realizing that playing my series, Passim and Atwoods in the same week is not a good idea.  That being said, the real way to get into any club is with polite persistence, a game plan for a show and being ready to go at a moments’ notice for someone who may have an opportunity via a cancellation or a last minute opener.  These are the things that get you on the map

The Burren and Lizard Lounge are pillars of the local music community and have been for a very long time now. How do they do it?!

Just to be clear, although I did work out of the Lizard Lounge on Mondays for many years and I did help to bring Lizard Lounge and Toad some great acts from the open mic, I never actually worked in booking there.  That job has been solely Billy Beard since day one.

As far as the Burren goes, you really have to credit Tommy McCarthy and Louise Costello for cultivating live music there. They’ve supported live music without the distraction of television sets for, I believe 23 years now.  After running Sunday nights for many years, they offered me the dinner series.  Tommy will basically give just about anything a shot if he likes it and it makes sense. Brian O’Donovan has been hosting Wednesday night traditional Irish series there for years and we basically thought to ourselves “We can do this every night of the week.”  I’ve gone from two nights a week to sometimes 9 or 10 shows a week, including matinees, brunch shows and kids’ shows.

My band Baker Thomas Band plays in Cambridge every Thursday night at Toad.  This is a very fun project for me - big band, lot’s of friends, very good times. As far as the series goes, I’m excited for Chris Trapper, Will Dailey, Magen Tracy, a Spring/Fall monthly residency with Bill Janovitz as well as taking care of the up and coming local favorites.

Any last thoughts on the local Somerville, or Boston-area music scene?

Other than keep spreading the word?  Not really.  We’re very lucky to have such a deep community of great artists and great fans of the culture.  I’ve been all around the country and back as an artist and I can honestly say that this Somerville/Cambridge/Boston music scene is one of the best out there.