The Sun Parade formed in Northampton, Massachusetts, where kids skinny dip in the Mill River and hang out on the tobacco farms on the flood plains. The music scene there is legendary and has delivered Dinosaur Jr. and The Pixies. Says Jeff Gottliib of the Boston Herald about these Western, MA, rockers, “The guys can harmonize like the Beach Boys on acid. They can push out power chords with the fury of a ’70s stoner rock act. They sound like the psychedelic ’60s, the indie ’80s, and the electro-pop boom of the aughts. If you like, well, rock ’n’ roll, you’ll like The Sun Parade.” 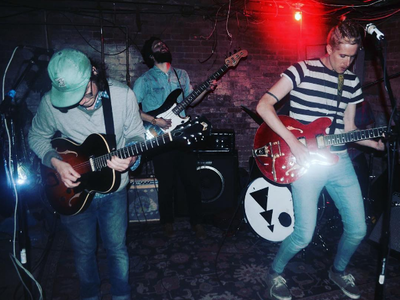