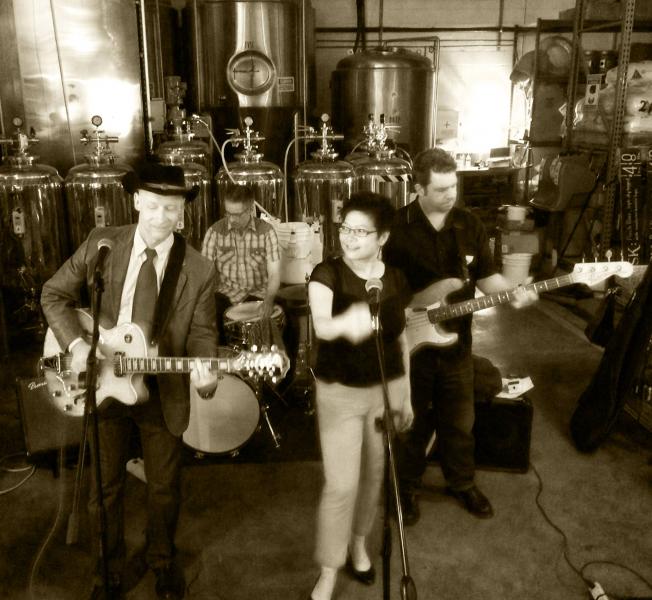 What if a group of indie rockers took a hard right turn into traditional country music, not worrying too much about the rules, except for the one that says "anything goes"? And what if they were fronted by a lead singer whose only country credentials are that she comes from a country (Taiwan) and doesn't really like country music? And what if they stretched the definition of "country music" to include...pretty much anything? And what if they put on some fancy clothes and just tried to show people a good time?

Well, Hillbilly Holiday is what you'd have. It starts with three members of late-90's Boston indie band (and Thirsty Ear recording artists) Baby Ray -- Kenny Lafler, Nate Logus, and Pete Sutton. Add in Selena Tan (formerly of Boston's Tweety UK) on lead vocals, and BOOM! HH performs songs from pretty much every decade of the 20th century as if they were all being played in 1956. Have yourself a beer.