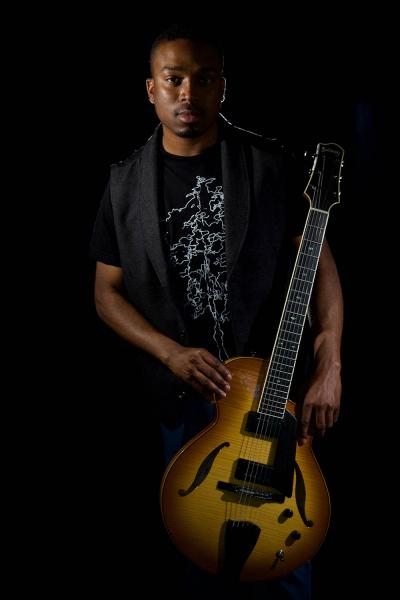 Albino Mbie is an multi award-winning musician and one of the first Berklee College of Music's African Scholars from Mozambique. His music is a unique blend of Afro-pop and Afro-jazz with Mozambican voice, native languages, dance, music and culture topped with global musical influences. In 2013, Mbie released his debut album, "Mozambican Dance", for which he won Ngoma Moçambique Award (“Revelation” Artist of that year of 2013). He also won the first place in International Song Writing Competition, Nashville TN in 2014. Additionally, Mbie was also nominated in 2014 as one of the best upcoming African artists in France by RFI (Radio France international) and was also nominated for John Lennon Songwriting contest 2016.

Ebinho Cardoso is a virtuoso on his instrument. Due to the uniqueness of his music and technique, he is one of the most respected Brazilian bassists. As a composer, arranger, singer and researcher, Ebinho uses atypical elements of the electric bass, showing its range of possibilities. In addition to playing the bass as an accompanying instrument or as a solo instrument, he has found a unique way of playing chords on the bass that characterize his playing style; a style that combines precision and refinement. In part, he is able to achieve his sound by tuning his instrument in new ways and at higher pitches. His music blends traces of jazz with the idiosyncrasies of classical music interwoven with the rich sounds of his native Brazil.

Matt Williams: Drums
Back to top