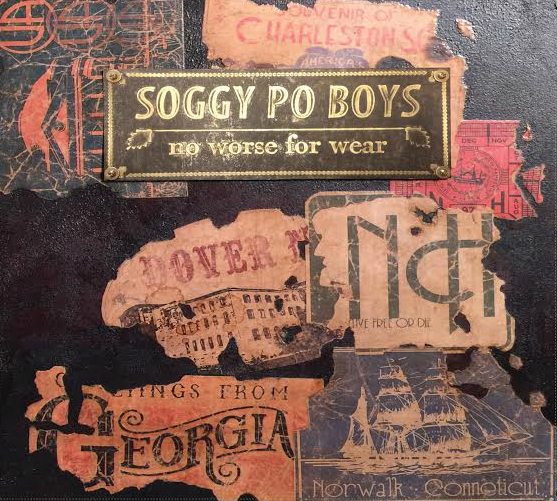 The Soggy Po' Boys were born on Mardi Gras, 2012. Makes perfect sense given their name, and the fact that they’re a New Orleans flavored octet. ​Residing in Seacoast, New Hampshire, the Po’ Boys have been honing their craft every Tuesday night, first at the late Barley Pub, and now at Sonny’s Tavern – both in the band’s hometown of Dover. Much in the spirit of the great residency that exists at New Orleans’ own Spotted Cat Music Club where the legendary Vipers have thrown down on every Monday for the past god-knows-how-long, the Po’ Boys are steeped in tradition while in search of creating tradition all their own. With a repertoire of New Orleans standards, spirituals, contemporary music, and swing tunes, the Po’ Boys offer a lively blend of fun and insanity. Sure, it’s served messy, but at the heart of the mess is a sincerity for sprightly composed tunes that are accessible to absolutely anyone that hears it. New Orleans music is supposed to be messy. It’s supposed to be steeped in feeling. When you feel music, you find the real beauty behind what makes music so mesmerizingly addicting. That’s exactly what the Po’ Boys are producing. Their music is enduring. It’s infectious. It’s inviting. It’s irresistible. Don’t let their birthplace fool you. The beauty of New Orleans music is that it’s celebrated and appreciated everywhere. From the street corner, to the communing pub, to the theater. The Po’ Boys are doing their part to spread the tasteful soundtrack of the greatest music on the planet from their roost in the Northeast and while out on the road touring the country. The Soggy Po’ Boys – so fresh, so clean (not too clean…), so rich. Some of the sexiest sounds alive. A brass fueled swinging jazz band that will indeed stand the test of time and transcend the bounds of geographic pigeonholing. The Soggy Po' Boys are: ​