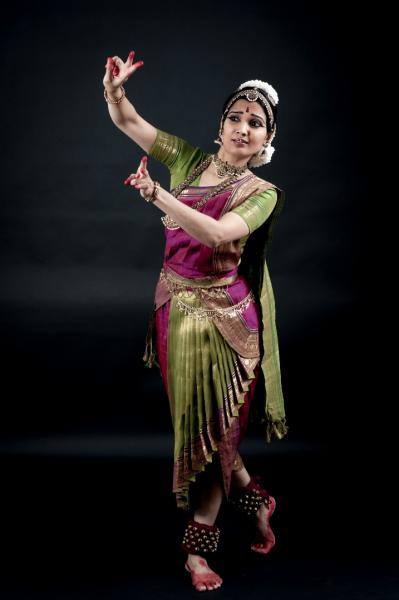 Kavita Venkateswar is an accomplished Bharatanatyam (Indian Classical) dancer and performs regularly in the U.S. and in India. She has been trained in the Kalakshetra style of the dance form, and has studied extensively under the tutelage of several acclaimed artists including the Dhananjayans, the Narsimhacharis, Narendra Kumar, Anusha Natarajan, Padmini Chari, and Rathna Kumar. Born and raised in Texas, she has given several solo performances at various dance festivals, and from 2008 – 2012, was a principal dancer and choreographer for Rice University’s Bharatanatyam dance company. Kavita regularly performs during the Chennai Margazhi Dance and Music Festival and is recognized for her liveliness on stage and her felicity in story-telling and rhythm.

Soumya Rajaram is also an accomplished Bharatanatyam (Indian Classical) dancer and contributes regularly to the classical dance scene in the Greater Boston area. Soumya was trained at The Kalakshetra Foundation, a premier institute for Indian classical dance and is a recipient of the national merit scholarship for dance by the Government of India. She is known as much for her precision in execution as for her thoughtful treatment of her work. She is featured regularly in the New England Hindu temple festivals and their fund raiser events. She has also worked as part of the Navarasa Dance Theater and continues to be mentored by some of the leading Bharatanatyam dancers of today.