Bahia is a performance with music of Brazil. Bahia- called samba reggae that celebrates the diversity of the Brazilian nation highlighting the Brazilians indigenous and African.
The music is accompanied with the sounds of drums, Brazilian folklore accompanied by ritual and dance. 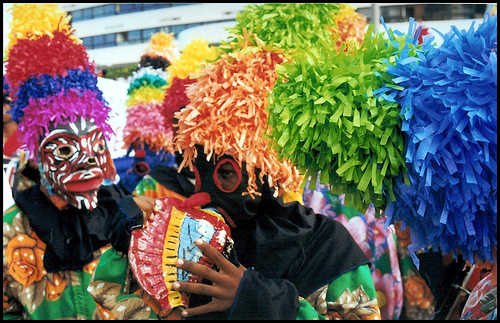 Folk  will be our happy ending, culminating our performance in style.


Bahia is one of the 26 states of Brazil, and is located in the eastern part of the country on the Atlantic coast. It is the fourth most populous Brazilian state after São Paulo, Minas Gerais and Rio de Janeiro, and the fifth-largest in size. Bahia's capital is the city of Salvador, located at the junction of the Atlantic Ocean and the Bay of All Saints, officially first seen by European sailors in 1501. The name "bahia" is an archaic spelling of the Portuguese word baía, meaning "bay".