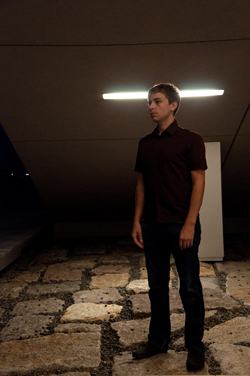 An object in motion will remain in motion, and for synth-pop purveyor André Obin, no force has been able to stop him from careening through the different lanes of an endless musical highway. Genre-bending and shape-shifting are standard fare; taking risks is part of the fun. As a musician, singer and producer, André draws inspiration for his songs from a deep emotional well. The music unfolds simultaneously with life itself. The results can be as dark as a forest under a new moon or as bright as a summer sun reflecting off the skyscrapers of a bustling city.