A series of short pieces by local choreographers. 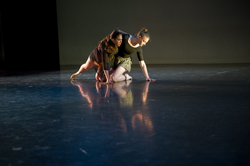 Caitlyn Schrader and Maggie Foster
A collaborative team, Maggie Foster (Contrapose Dance and Ego Art, Inc.) and Caitlyn Schrader (Ego Art, Inc.) are pleased to be making their professional choreographic debut together. For both women, this project has served as a catalyst to push their artistic process, experimenting with new concepts of creating. Their work “ReSet” explores the fine line between “want” and “should” of the individual, how people influence one another, and finding the matching tonalities between two unique voices. 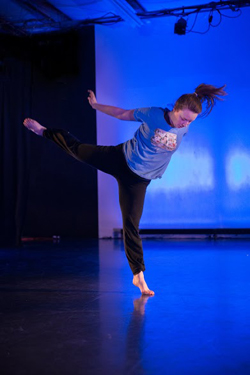 Audrey MacLean & Katie McGrail
Audrey MacLean & Katie McGrail have co-presented work at Connecticut College, The American College Dance Festival in the adjudicated concert (2012), Green Street Studios, where they were selected for the New Works Program (Fall 2013), and The Dance Complex. They were featured on CPTV’s “Spotlight on the Arts” (2012) for their work entitled “act 2, scene 6: i imagine that yes is the only living thing and the process surrounding the creation of that work.”

Michael Figueroa
Michael Figueroa grew up inside dance studios in South Florida. He recently graduated from the Boston Conservatory with a B.F.A. in Contemporary Dance Performance, and is now reveling in his newly found sense of freedom to embrace and impact the Boston dance scene. Michael will be presenting one or two solos at ArtBeat. The first, entitled “Come 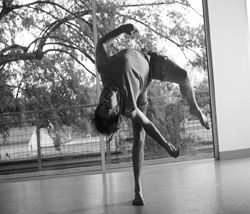 As You Are,” premiered in April 2011 on the Boston Conservatory main stage. It is a solo that utilizes a list of c words to gauge audience reactions to action and sound as they work with and against each other to facilitate meaning. The second piece is a premiere of a new solo work called F.A.N.B.O.Y.S.  With repetitive usage of conjunctions, the dance tries to disassemble its own choreographic integrity.